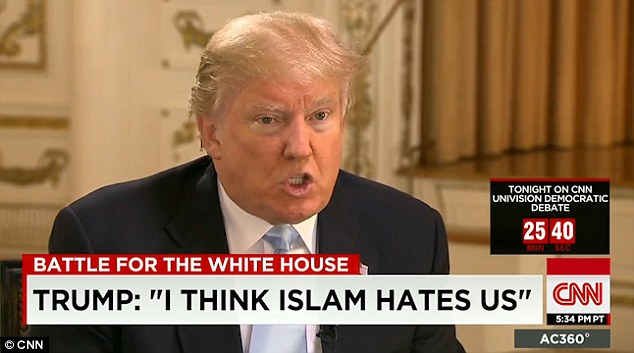 Trump is keeping his promises so far and just signed today an executive order banning all people from “certain terrorism-prone countries from entering the United States for 90 days”. The order did not mention specific countries but according to CNN and other US media outlets, “a White House official said they are Iran, Iraq, Syria, Sudan, Libya, Yemen and Somalia”, which were considered “countries of concern” in a 2016 law concerning immigration visas. It is worth noting that the US is currently bombing five out of the seven countries mentioned.

All travelers with valid visas or green cards will be prevented from boarding flights and in case they were on the plane when the order took place, they will be turned away at the US border control. There are already reports of people being turned away at airports, including an Iranian film director who was flying to attend the Oscars as his film was nominated in the Best Foreign Film category.

Lebanon was fortunately not included on that list, but the real problem is that this is not a ban on terrorists but on Muslims and it is bigoted, and shameful to say the least. To make things worse, Trump wants to prioritize Christian refugees over all others, which is utter nonsense and will never work.

All in all, if you’re an Arab traveling to the United States, expect further humiliation for the next four years 🙂