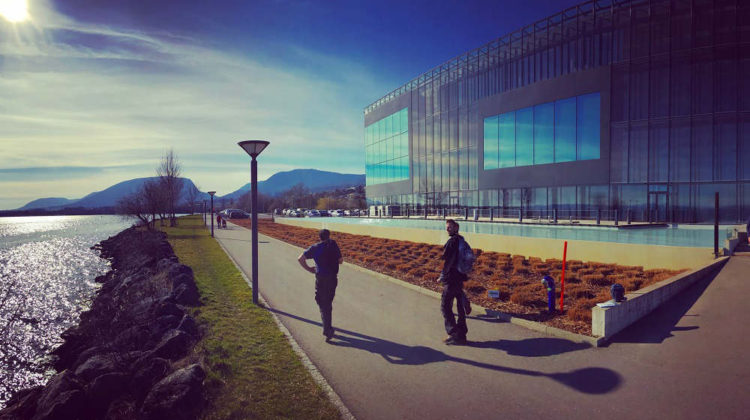 My recent trip to the Philip Morris International (PMI) Research Center in Neuchâtel in Switzerland might have come as a shock to many. Most of you know I don’t smoke, and that I’m a staunch supporter of Lebanon’s Tobacco Control Law 174, which bans indoor smoking in public places. Just to be clear, I still don’t smoke, never did and never will. I always try to encourage my friends who do smoke to quit too. I did pass through a short arguileh phase, but quickly stopped and I regretted the whole Arguile thing, so much so that I still avoid places that serve arguilehs till this day. 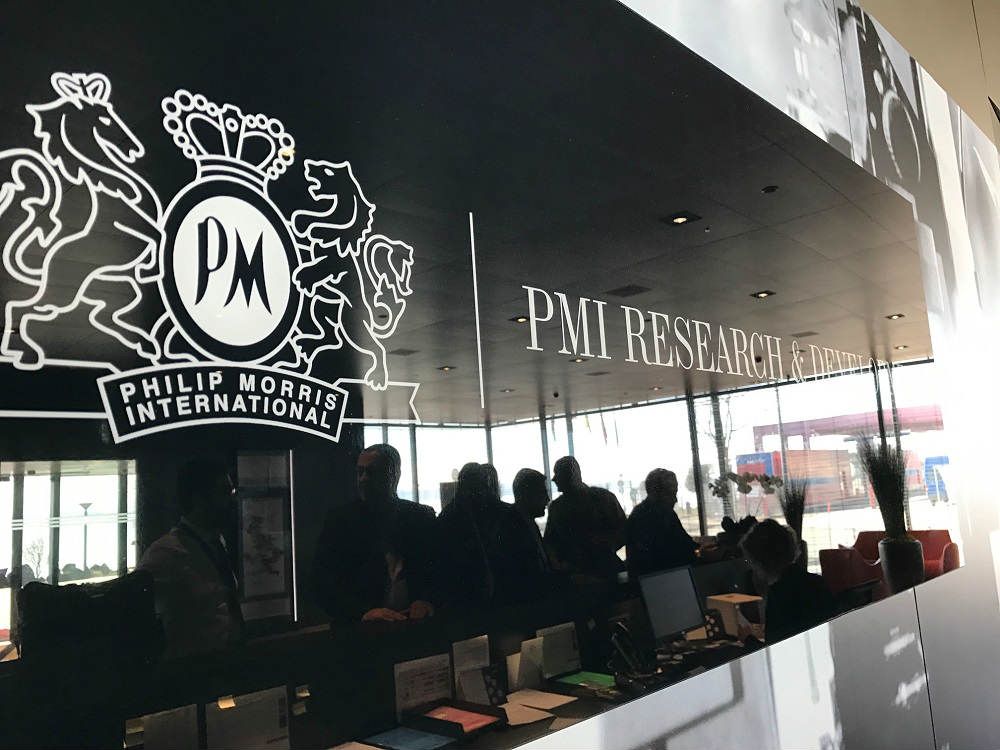 What’s the purpose of the visit then?
Ironically, it was I who approached a friend of mine who recently started working for PMI. I wanted to ask him about their “IQOS” product, in which they’ve been investing billions over the past few years. Their trust in that product is so sure, that they firmly believe they will be dropping conventional cigarettes altogether (their words, not mine).

Even their website prominently features the slogan “Designing a smoke-free future”, which is a lot coming from the tobacco industry, notorious for their disregard of smokers’ health as they make over 26 billion dollars a year in cigarette sales. I was fascinated by how they’d want to “design a smoke-free future” when they’ve been fighting so hard for decades to maintain their billions of dollars in revenue from selling cigarettes.

I extensively read up on the matter online, to try and figure out why Philip Morris believes conventional cigarettes could become a thing of the past, replaced by “reduced risk” ones for people who just can’t seem to quit smoking.

The real reason behind my intrigue though, was because a lot of people I love and care about smoke, despite their best efforts to stop. The most painful thing is having them lie to me about quitting, then smoking even more without my knowledge. Many of those who tried to stop, spent as much time trying to quit, but to no avail. Nicotine patches, nicotine gum and other methods never seemed to work, and they eventually go back to regular cigarettes citing the reason as “it’s a different experience”.

The above, plus the fact PMI has already poured in more than 3 billion dollars into IQOS since 2008, made me want to check out what the hype was all about, and if IQOS was any different from e-cigarettes on the market. I also wanted to know if the claim that it’s just as “enjoyable” as conventional cigarettes, but with less harm, would hold up under scrutiny. Plus to be honest, I’ve never seen a tobacco company this invested in a non-conventional product, so it merited some further investigation.

A few days later, I got an invitation to visit the PMI Research and Development Center, also known as The Cube. They were willing to explain the science and rationale behind IQOS, and the risk reduction strategy PMI is envisioning for the future. The trip was only 36 hours, and I spent my only day in Switzerland at the PMI R&D Center, learning from their scientists and having them answer all my questions. 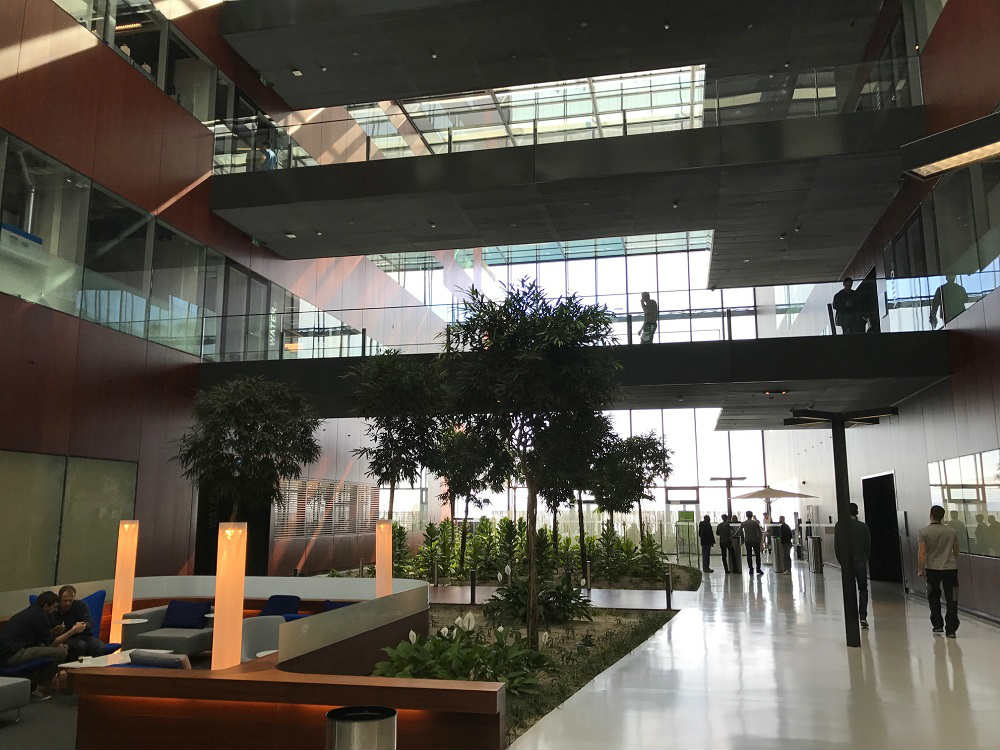 The Cube:
Before delving into the IQOS segment, I just wanted to say that the PMI R&D building is absolutely gorgeous. It’s situated right next to Lake Neuchâtel, with overall stunning views from all sides. I’m embarrassed to admit that I was a bit late to the presentation because I spent a good half hour snapping pictures and enjoying the views. The interior is also gorgeous, with three blocs in total: ‘Earth’, ‘Water’ and ‘Air’ (obviously, ’Fire’ had no place in there! :P) 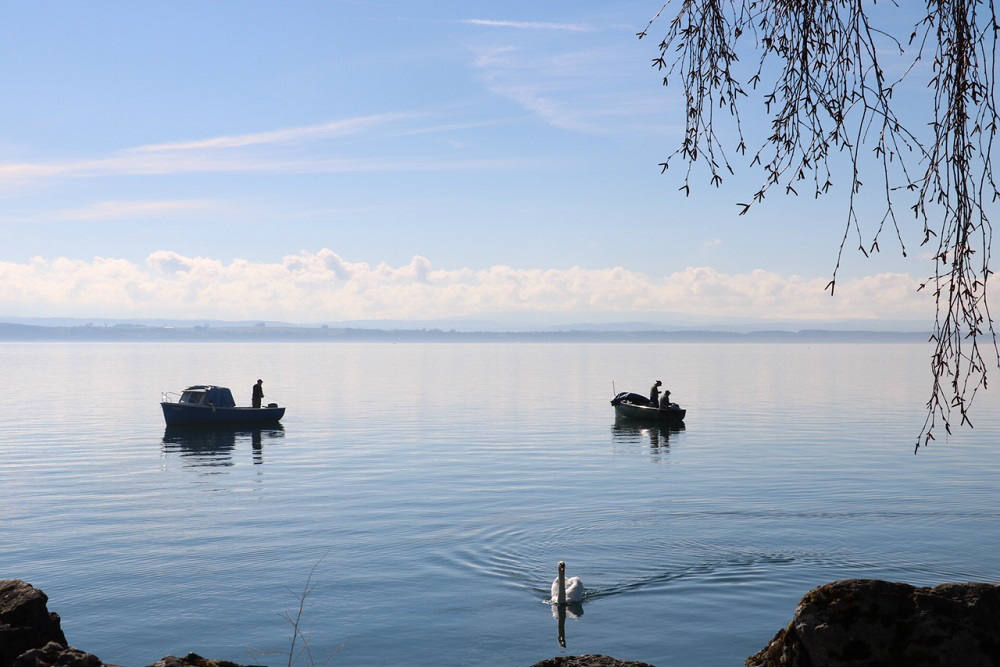 So what is IQOS?
IQOS is like no other tobacco alternative I’ve heard of or seen before, both conceptually and scientifically. It’s neither an e-cigarette, nor a vaping device. It is tobacco-based though, and you charge it electrically.
IQOS is an electrically-heated tobacco device. It basically heats up the tobacco, releasing nicotine-containing vapor with the flavor usually associated with cigarettes. It doesn’t actually burn the tobacco, and the burning is where most of the harmful and potentially harmful constituents and compounds (such as Tar, Benzene, Carbon Monoxide) usually come from in conventional cigarettes. To put it in simpler terms, tobacco in a normal cigarette burns at temperatures of over 600C and more. These very high temperatures result in combustion, or burning, which produces thousands of chemicals, most of which are harmful. IQOS though heats a specially prepared and blended tobacco stick to a little below 350C, making significantly fewer harmful chemicals as a result, while maintaining a very similar flavor for the nicotine-containing vapor. 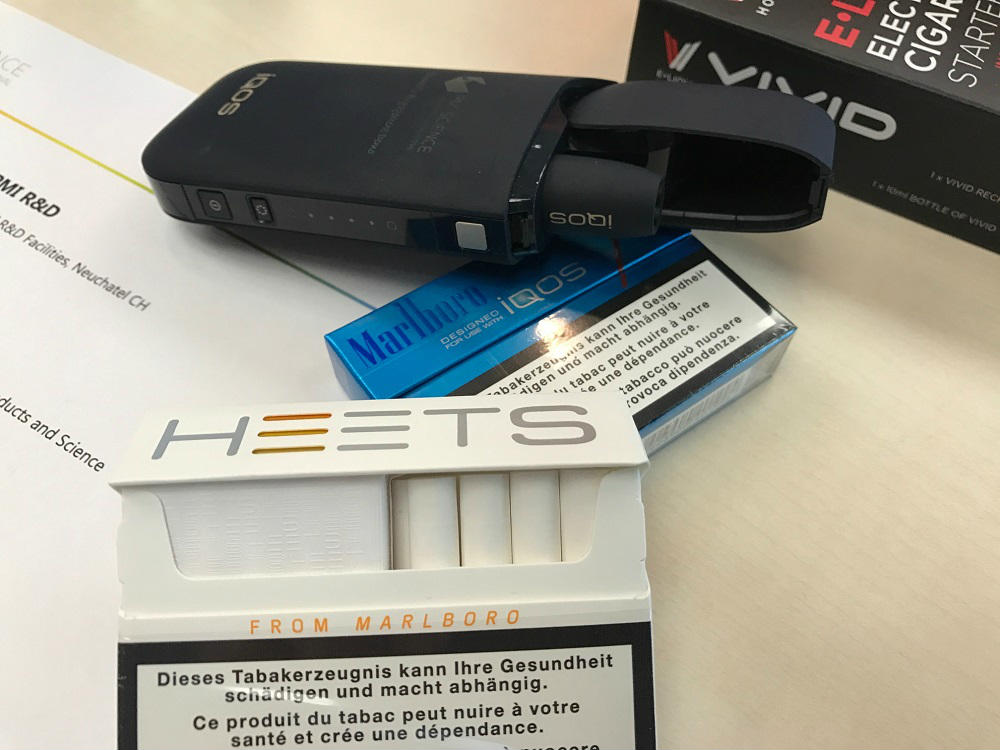 How IQOS works:
The IQOS tobacco heating system contains three main components: a tobacco stick, a holder and a charger. To use IQOS, you insert the tobacco stick into the holder. The holder contains the electronically controlled heating blade which heats the tobacco stick. You push a button to turn on the heater, and then draw on the tobacco stick as if you would a real cigarette. The IQOS experience lasts 6 minutes or 14 puffs (whichever comes first). Once the tobacco stick is done, you just dispose of it. As for the holder, you charge it again by plugging in its charger whenever the battery is depleted. 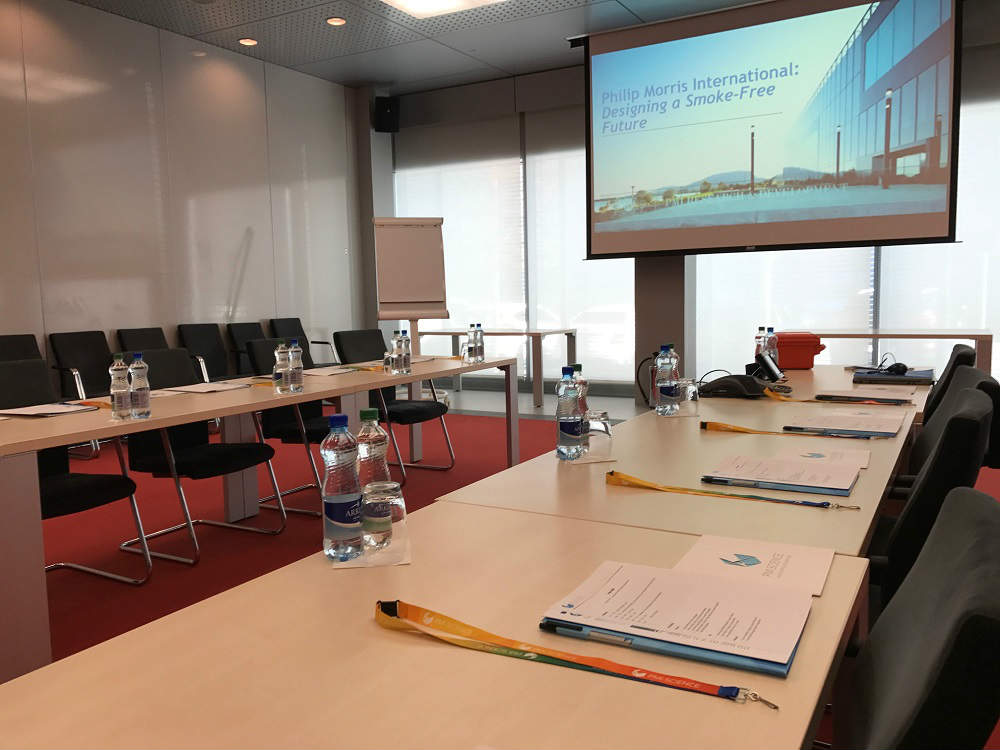 HEETS contain tobacco but are not cigarettes
Although HEETS contain tobacco, they are not cigarettes. The IQOS system replicates many of the taste, sensorial and ritual aspects of cigarette smoking. HEETS, which use a specially designed high quality tobacco blend, are manufactured for use only with IQOS and are not intended to be lit, smoked or burned. The vapor they generate is substantially different from smoke as it includes on average 90–95% less harmful and potentially harmful chemicals compared to cigarette smoke.

Is IQOS less harmful than a conventional cigarette?
PMI is working on this product as part of their Reduced-Risk Products (“RRPs”) portfolio. RRPsare products that present, are likely to present, or have the potential to present less risk of harm to smokers who switch to these products versus continued smoking. They include four platforms, two of which use liquid nicotine that produce nicotine-containing vapor, and the other two are based on the heated tobacco technology, such as their flagship IQOS.

Knowing that nicotine, despite being addictive and not risk-free, is not the primary cause behind smoking-related diseases, PMI claims that it has on average 90–95% less harmful chemicals compared to cigarette smoke, backed up by several studies conducted by scientists and doctors at PMI’s behest. You can read more about these findings and studies on PMIScience.com which is the company’s one-stop shop for everything pertaining to RRPs. Additionally, there have been numerous peer-reviewed articles out there discussing IQOS and the science behind it.

Nevertheless, these extremely optimistic scientific results have yet to be verified by an independent body or agency. In this regard, it would be worth mentioning that beginning of this year, Philip Morris in the U.S. officially submitted their application to launch IQOS to the Food and Drug Association (FDA) awaiting the agency’s verdict.

From what I could tell, it does seem “less harmful” than conventional cigarettes and it might cause less damage to the lungs, heart, blood vessels and everything else in a person’s body. Honestly though, it sounds too good to be true, and I still don’t get how something so similar to an actual cigarette could cause significantly less damage.

PMI is not claiming IQOS is healthier than smoking, they’re still warning consumers that the safest option is to avoid tobacco altogether (they ethically have to), but the company has over 400 scientists and experts intensively working to find definitive proof that IQOS may reduce the risk of smoking-related diseases, and IQOS brochures say it emits fewer harmful substances than cigarettes and that clinical tests are underway to compare the risks. 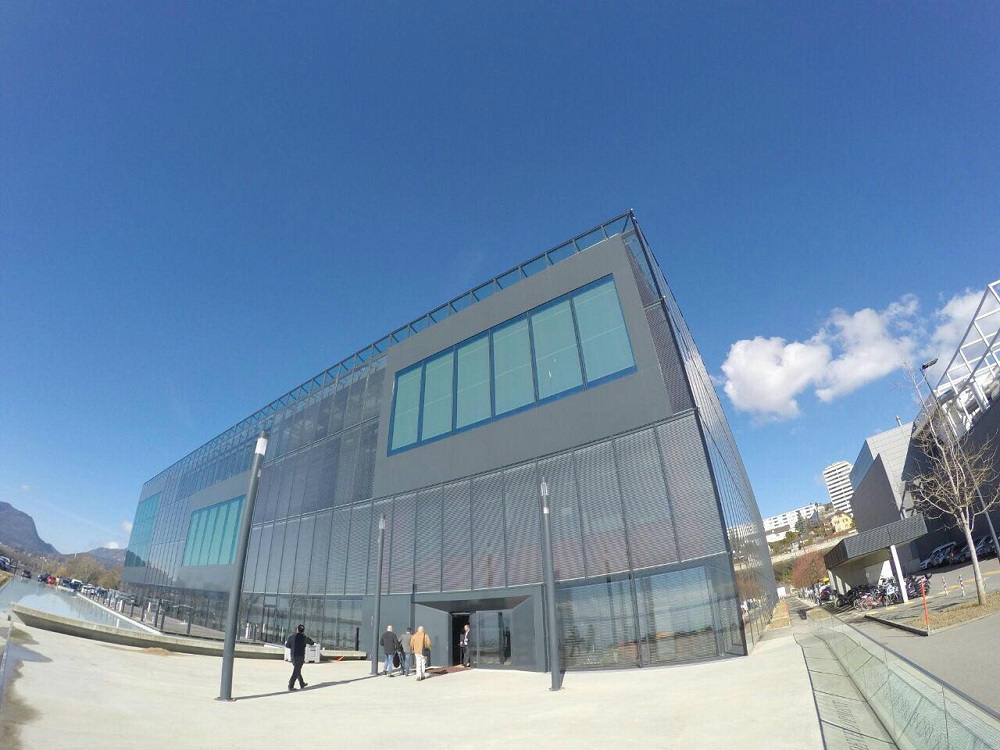 Can you go back to normal smoking after trying the IQOS?
During our visit, we were shown stats that those who switched to IQOS didn’t tend to go back to cigarettes. Also, the people that were with me in the visit were all smokers who were using IQOS and admitted that they’d never go back to conventional cigarettes which, according to them, tasted like shit compared to the IQOS… Which is a good sign, I guess?
I did not try it myself but I did smell the vapor coming out after a friend’s puff and it smelled different, and definitely not smoke-like. I guess it’s expected since heating will never produce the same effect as burning. You won’t get the so-called “pleasure of lungful real smoke” (that I never understood) but it’s for your own good I guess… 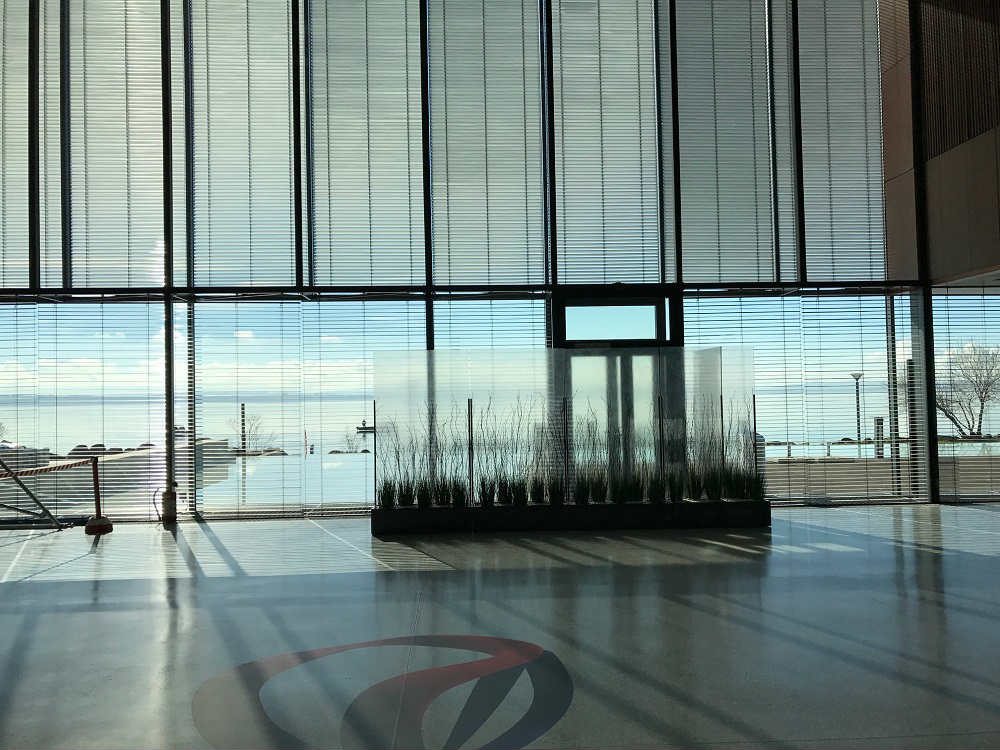 Is it available in Lebanon?
No it isn’t and there’s no specific launch date yet (I’ve heard beginning of 2018?). I wanted to get one for that smoker I’m trying to convince to stop but the HEETS pack costs 64 CHF ($64) in Switzerland and I didn’t feel it’s worth paying for right now when they’re still not available here. Even if you manage to get them from a different country, it’s not practical for a regular smoker to do so consistently. I heard you can find some in Lebanon already, given the product has been available in more than 20 countries and places like Japan, Switzerland, Italy, Germany, the UK and Poland since 2015, but it hasn’t officially been released in Lebanon yet. The device itself costs 80 Euros, and packs of 20 heat sticks depend on each country’s taxes and tobacco regulations. However, PMI is striving hard to sell the pack of HEETS at parity with its flagship conventional cigarettes pack in a given country. In other words, one pack of 20 HEETS would cost 3,250LBP in Lebanon, once it hits the market.

Will it replace the traditional cigarette?
I think it depends on the country and society’s attitude towards smoking. In developing countries, where poverty rates are higher, new smoker numbers are on the rise. I doubt the more expensive, high-tech RRPs will be a viable option at the expense of cheaper, conventional cigarettes. In the developed world though, IQOS might pick up, such as in Japan, where smoking regulations are very strict, and where over 1 million people have fully switched from conventional cigarettes to IQOS devices since their launch there.
Therefore, I don’t think it’ll replace conventional cigarettes anytime soon. Maybe in 5 to 10 years, if it catches on and doesn’t turn out to be a big flop. Bloomberg has said that PMI has caught “the startup fever”, and they may be right about that. What’s certain though, is that for PMI, cigarettes are in the past, and reduced-risk products are the future.

Would I recommend it to a friend?
I went to PMI’s HQ in hopes of finding an alternative to convince two people dear to my heart to switch to a less harmful alternative if they can’t quit smoking. I found out that you tend to smoke less when you switch to IQOS, but the fact it doesn’t generate smoke makes me worried it’ll encourage people to smoke publicly indoors too where it’s not allowed to smoke conventional cigarettes. Perhaps the best thing I learned is that people who switch to IQOS tend to never go back to conventional cigarettes. What remains to be seen if IQOS really is as less harmful as PMI claims at the moment. 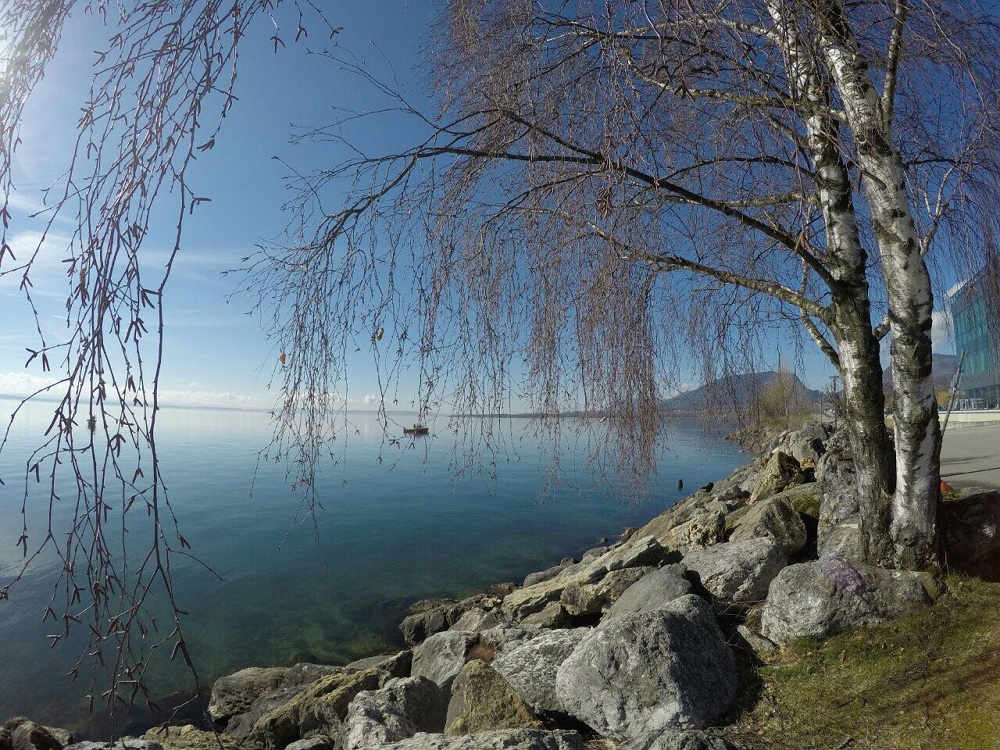