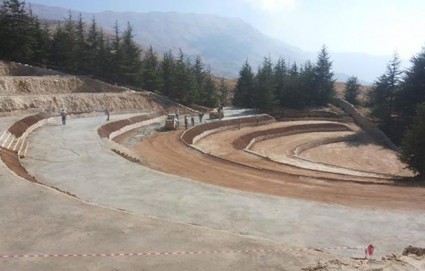 Culture Minister Gaby Layoun has asked the Internal Security Forces to stop all works near the Cedars Forest. In case you missed it, Former MP Gebran Tawk was apparently destroying a part of Bcharreh’s ancient Cedar Forest to set up an outdoor venue for his son’s wedding.

That’s definitely good news but I think the government should confiscate the land from Tawk for good.

LOrientLeJour also posted about that.

Assad Seif, coordinator of the scientific departments in the Directorate General of Antiquities, explained the legal status of the land in more detail.