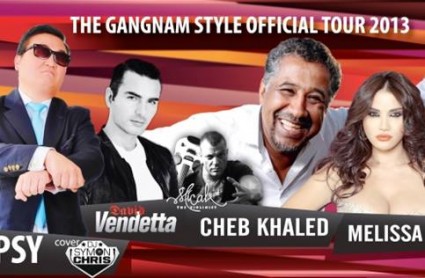 It seems yesterday’s “Cheb Khaled & Melissa” concert in Jounieh was an epic failure as Cheb Khaled ended up not coming to the concert and fans weren’t informed until the last second. It looks like the whole event was total crap as I’ve received a bunch of emails telling me how all the artists were singing playback, the music was really bad and the parking was for 20,000LL. A friend also told me people have been calling some local radio show and were pissed off and asking for a refund.

In all cases, whomever organized that event has some explanations to do to the fans. 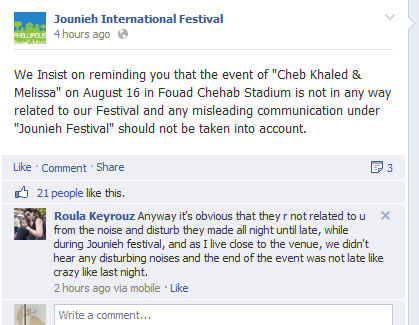 The event is in no way related to The Jounieh Festival

Update: Here’s a picture of the fake Psy who showed up for the “Official Gangnam Style Tour” and a link explaining what really happened. It Cheb Khaleb got scared and refused to come after the Beirut Bombing yet the organizers decided to go on with the event without informing the fans. 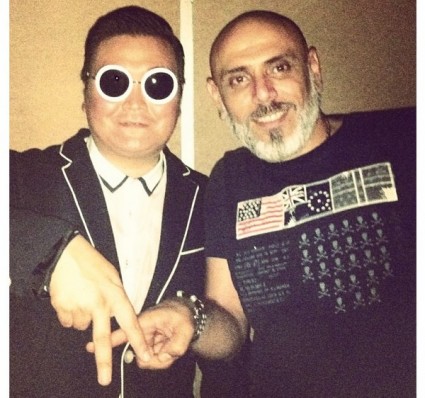