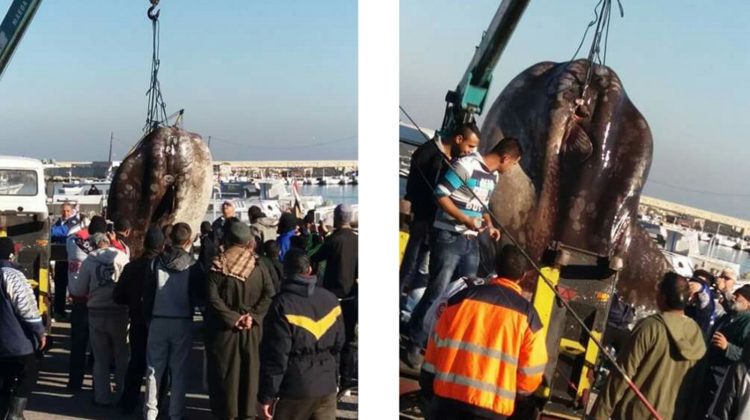 Fishermen caught a massive Mola Mola fish, also known as Sunfish, in Tripoli this morning. The ocean sunfish is one of the heaviest known bony fish in the world and weighs between 250 and 1000 KG. It is also known for feeding on jellyfish and consuming large amounts to maintain their great bulk.

The first question that came to my mind is why did they kill that fish? What’s the point? Based on what I’ve read and seen so far, they just caught it because it’s big; otherwise it’s a useless catch. In fact, and quoting Nadine from Newsroomnomad, ” we just killed one of the largest jellyfish predators out there and sunfish like cetaceans and marine turtles eat jellyfish, and by doing so help keep our oceans and seas in balance”.

In other words, we just committed another crime against nature and we’re bragging about it.