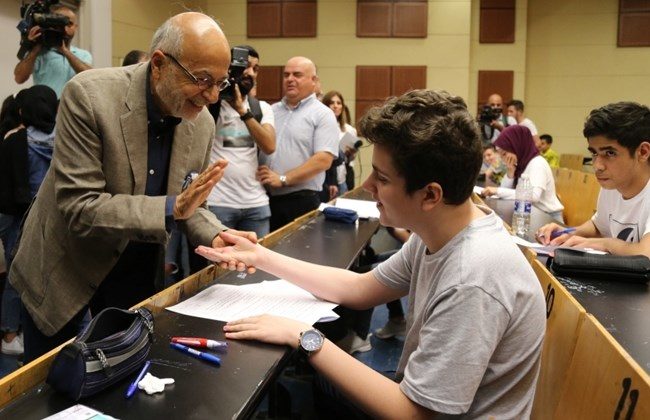 14-year old Abbas Hussein Yazbeck tried to commit suicide earlier today after failing his Brevet exam. Abbas shot himself in the head and was rushed to the hospital where he’s still under intensive care.

The father pointed at the Education Minister for exerting a lot of pressure on the students by deploying cameras and army men to monitor the exam rooms and asked him to resign. There’s always a lot of pressure when it comes to studying and preparing for official exams, but I wouldn’t go as far as blame the minister for this unfortunate incident.

One thing I agree on is that the ministry as well as the schools should offer support and comfort students as much as possible, but strict measures still need to be taken to avoid cheating, not necessarily by setting up cameras though. The parents and surrounding family of every student should also be supportive and not exert too much pressure on their kids to succeed. Even more importantly, schools should ideally follow up on students who appear to be in a fragile state of mind and seek professional help if needed.

Once again this tragic incident sheds light on the state of mental health in Lebanon and how much more awareness is needed on this matter. Bullying in schools, cyber bullying, classmates making fun of one’s failure, peer pressure to succeed, fear of failing in life and many other factors can affect a student’s state of mind and lead to depression or suicidal thoughts.

Let’s pray for this young man and hope he recovers and passes his Brevet in the second round.