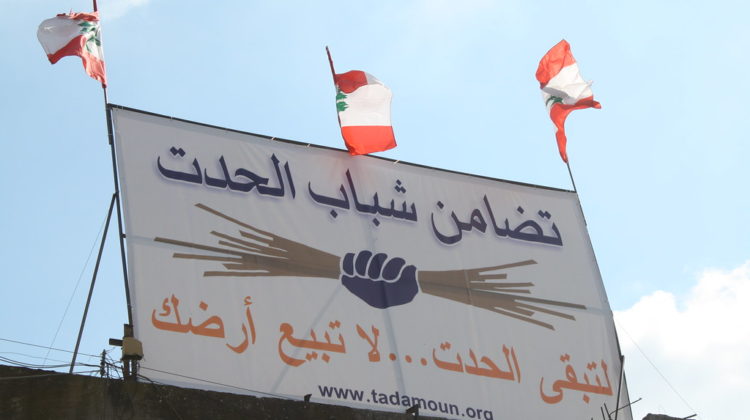 The Hadath Municipality Christians-only policy is not recent. In fact, it’s nine years old and I’m surprised Mohammad Awwad, the 27-year old journalist who brought this issue back to the spotlight, didn’t know about this policy when he decided to rent. Unless of course he knew about it and just wanted some attention, which worked out pretty well as the topic was covered by The Washington Post yesterday.

When interviewed, the head of the Hadath Municipality defended his decision claiming that he has the backing of the head of parliament and President Aoun, that he is not violating the constitution and that Hadath is an exemplary village for co-existence. He continued:

I don’t want to debate whether the town’s policy is constitutional or not, or how sectarian and discriminatory it sounds, because unfortunately almost everything is this way in Lebanon and those in power prey on sectarianism and hate speeches. What I’d like to discuss is how short-sighted and pretty much useless this policy is for so many reasons:

1- Hadath Municipality head stated “We are telling every Christian to be proud of his or her village”: I am a Christian but I don’t feel any connection my village because of my religion. Moreover, is he talking Maronites or Catholics or Orthodox? Because as far as I know, each sect or let’s call it Church has its own community and it’s hardly a community because religious people relate more to their political parties rather than their religions. So what is it exactly that he’s preserving? How is the Church helping him? And what if some Christians turned atheists in Hadath? Do we kick them out or are they part of the community since they’re ex-Christians? What happens if a Christian marries a Muslim woman?

2- “Live here, work here and raise your children here.”: Live here and work here? I know from friends who live there that the municipality is always working hard to help out its residents and improve the town, but this is a non-sustainable situation they’re in. This whole status-quo is based on fragile political alliances and shaky economic strategies.

3- Last but not least: What if the parties backing this policy stop doing so? Can you imagine the backlash that will occur? As soon as the issue was brought up, Amal supporters went up to place flags on the municipality while the head of the municipality was bragging about being aligned with Hezbollah on his policy. What if this alliance breaks? What will be left of his policy? And what would he have achieved by doing so? Isolating Hadath until further notice? Did he ever consider the consequences of his actions? What if Muslim businesses boycotted Hadath? And the list goes on and on …

All in all, not only is this policy short-sighted but it poses a dangerous precedence that could easily be applied in other towns and further deepen the sectarian divisions between communities. Hadath is not some isolated town where such measures could go un-noticed, and the longer this policy stays, the more destructive the backlash will eventually be.

If the aim is to keep Hadath only Christian or even keep the majority of its residents Christian, the municipality has already lost this battle (Hadath is 60% Muslim). If they’re aiming to encourage more Christians to move in by not selling to Muslims, their bet is a losing one from the start. This being said, I really don’t know what they’re trying to achieve from this policy, except sound sectarian and “ultranationalist” as per The Washington Post.