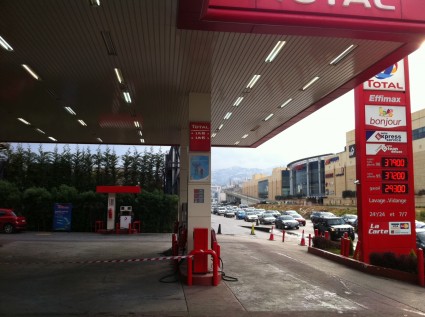 Ever since I noticed gas station workers sometimes tend to round liras when I ask them to fill up the whole tank, I’ve been asking them to fill up a certain amount of money.

Today, I passed by Total Gas Station on the Dora maritime road and asked the worker to fill up my car for 70,000 LL. I went to buy some stuff from the gas station’s grocery store and gave him my credit card. Once I got back in the car, he made me sign the receipt and gave me back 1000LL. I checked the counter and it said 68,456 Liras.

Not only did he charge the credit card before filling up my car, but he decided to keep 500 Liras to himself. I asked him why he only gave me back 1000 but he did not answer and gave me the extra 500 Liras. I did not bother get into an argument with him but I am going to email Total’s management about that.

This is no longer a rounding matter, but pure theft.