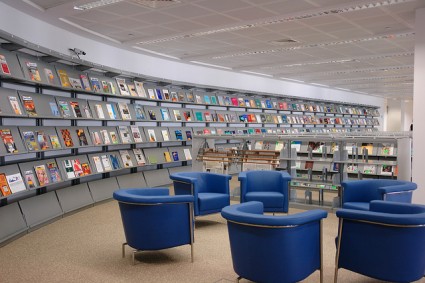 Two days ago, it was reported that four students were “expelled” from LAU after they “urged other students to take part in protests” against the tuition hike. Based on what the LAU President stated and Al-Akhbar reported, the students were asked to hand out their university cards, were prohibited from entering the campus and referred them to a disciplinary board.

Now I don’t know what exactly happened but they were apparently charged of disrupting classes and asking students to join them in their protest, knowing that one of them is an LAU Graduate and no longer an active student (as stated in the President’s message). This being said, whether they did indeed enter classes and asked instructors to dismiss classes or not, the LAU Administration should not have suspended them IMHO, and I am glad they decided to retract from their decision after the protests that followed in both campuses the next day.

Nevertheless, I strongly believe that students should never disrupt classes and ask others to join their protest or sit-in, no matter how important their cause is. I used to join tons of protests and sit-ins during my AUB and LAU years but I hated students who barged into classrooms to ask students to join a sit-in or some demo. Note that I am not saying that to defend what LAU did as there’s no proof that these 4 students did violate the “Code of Conduct”, but only to emphasize on the importance of respecting university bylaws and protesting in an organized and proper matter.

All in all, tuition increase was kept as is, but LAU’s President vowed to “be more attentive to students needing deferred payment and/or installment plans and to soften the university’s policies on financial aid application deadlines and appeals.”

Dear members of the LAU Family:

In the past week, LAU students have expressed themselves eloquently, assertively and, for the most part, peacefully about the university’s tuition changes. From the moment we received the first petition on Sept. 30 stating the grounds for the protest, the deans of students embraced their concerns and invited all students on both campuses to meet with me for a discussion on this matter. On Oct. 4, I met with over 200 students in Beirut, praised their organized and valid lobbying, presented the academic and financial obligations of the university and engaged in an extensive Q & A. The students provided personal and moving testimonies to the financial hardships their parents face in this economically depressed country. While our financial aid budget increased by 14% to about 19 million dollars, it is evident that many of our students are hurting and that we need to do more. Increasing the amount of money available for financial aid has always been a top fundraising priority for me. Later today I’m meeting with students in Byblos and look forward to hearing their concerns.

In the meantime, both deans of students facilitated sit-ins on both campuses and disseminated the invitations to all students via email. In the past 2 days, the deans were present in the midst of the peaceful gatherings, encouraging students to speak out and carry banners, while reminding students not to violate the “Code of Conduct” by blocking buildings and disrupting classes.

On Oct. 7 in Beirut, after a peaceful gathering at LAU’s upper gate, four “students” entered a number of classrooms and one of them told the instructors that the “dean of students” has given them permission to address students and talk to instructors to dismiss classes. As unknowing instructors let their students out, the dean discovered the four in conversation with an instructor. He requested their ID cards and asked them to step off campus pending an investigation as they had violated the “Code of Conduct” and falsely represented him. Although one of the four had already graduated from LAU, we consider them all as LAU sons and daughters and the dean of students has since called to meet with each one individually. Under no condition were these four expelled or suspended from LAU.

On a related note, enrolled LAU students are, of course, allowed on campus. This is their university. In addition, I have instructed the Business Offices on both campuses to be attentive to students needing deferred payment and/or installment plans. The university has also softened its policies on financial aid application deadlines and appeals. In brief, all student cases warranting special financial attention will be attended to with the speed and care characteristic of LAU.

In the past few years, we’ve worked very closely with students to reform elections and strengthen student governance. Elected student councils have student members on every university council and the administration always encourages student representatives to attend all meetings. We need to continue to make sure that student input is successfully included in important decision processes at the university, including, those relating to the operating budget, capital projects and the strategic plan. The students are justified in complaining about inadequate equipment in certain areas and insufficient library hours. We are now taking the necessary steps to address these and many more requests that are needed to ensure that their LAU education is world-class.

In the past week, our students have exhibited a level of protest that is apolitical, well organized and about issues that matter. We are proud of our students and together we can build a stronger LAU and keep it a beacon of hope for all of us.