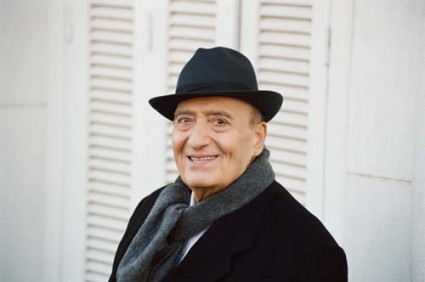 The chairman and members of the Lebanese musicians union called on Saturday the President of the Republic, Michel Sleiman, and outgoing Prime Minister Najib Mikati, to declare a national day of mourning for the death of the great Lebanese singer Wadih El Safi.

There is no doubt that Wadih El Safi is one of Lebanon’s greatest singers and actors, and that he has given the Lebanese song “its identity by developing folk and country singing, stirring homesickness to country and countryside in expatriates”, but does that mean that we should have a national day of mourning following his death?

The answer is yes! We should definitely mourn this great man but at the same time, we need to cut down on the drama. If the Lebanese government mourned a Syrian President for 3 days, and a Saudi King for 1 day, it doesn’t mean they were right to do so, and we shouldn’t request a day off for Safi based on this logic.

Wadih el Safi is a singer and not a politician (He’s way more valuable than our politicians) and a national mourning day should be an expression of grief not a symbolic gesture. This being said, I think the best way to mourn this great man is to have the flags lowered to half-mast for one day or more, organize a proper funeral and hold events in his memory at schools, universities and cultural centers, as well as ask Lebanese TVs to dedicate one day for remembering Safi etc …

We need to let the younger generations know who Safi was, his songs, his plays, his talent, how well he represented Lebanon all over the world, and how loved he was by the Arab world. We need to let people know more about him, not give the Lebanese a day off to go out and have fun.

What the Lebanese Musicians Union requested is also reasonable, that is declaring Sunday a mourning day, but it’s too late now as Sunday has passed. Speaking of which, I wonder why Prime Minister Mikati didn’t answer back like the President did. It’s a very simple and rightful request and would have taken less time than the 3 tweets he wrote to mourn Safi. 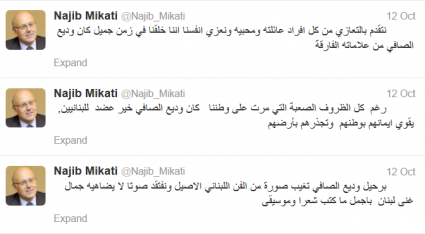