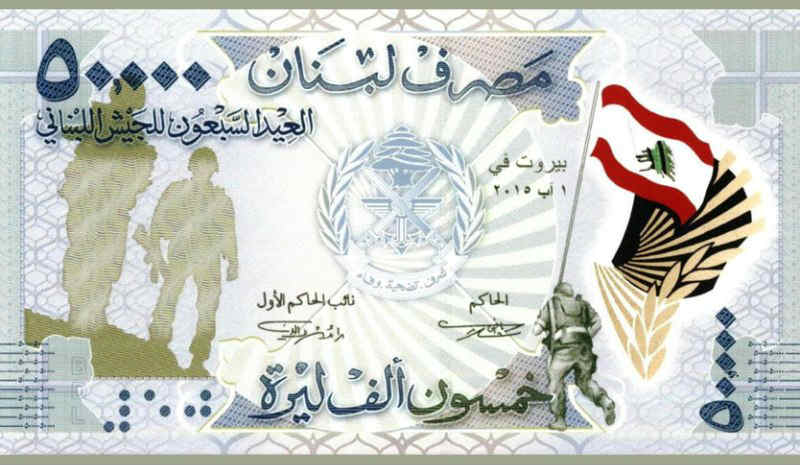 Lebanon’s Central Bank announced few days ago that they are launching a new 50,000 LBP banknote to commemorate the Lebanese Army’s 70th anniversary. The banknote will feature the Lebanese Army’s Slogan on the front side with a soldier holding the Lebanese flag and the Army Martyrs memorial as well as the number 70 on the back. The new banknote should already be available in banks. The BDL has already issued a special bill for Lebanon’s Independence Day (with the famous spelling mistake) and the bank’s 50th anniversary.

I love the new bill and I think the BDL should donate all the money from people exchanging their old bills with this new one to the Lebanese Army. 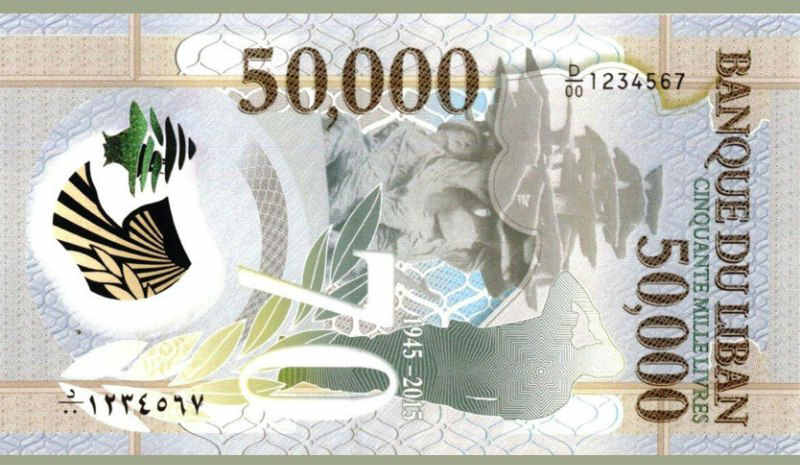