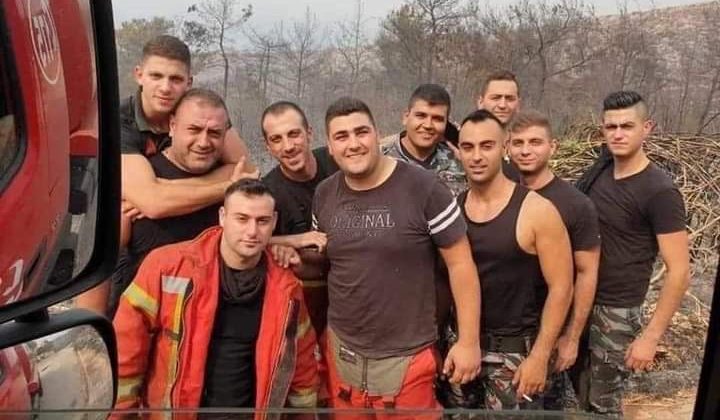 Ten brave firefighters were the first to respond to the fire that erupted at the port, few minutes before the huge blaze occurred. They had no idea what was inside the storage house, they rushed to do their duty and try extinguish the fire before it spreads, while those in charge of the place had fled or were nowhere to be seen.

In fact, the last picture being circulated of the firefighters shows that they wasted valuable minutes trying to break into the storage house, while they keys were in the hands of two port employees as indicated by Riad Kobeissi in his episode today. 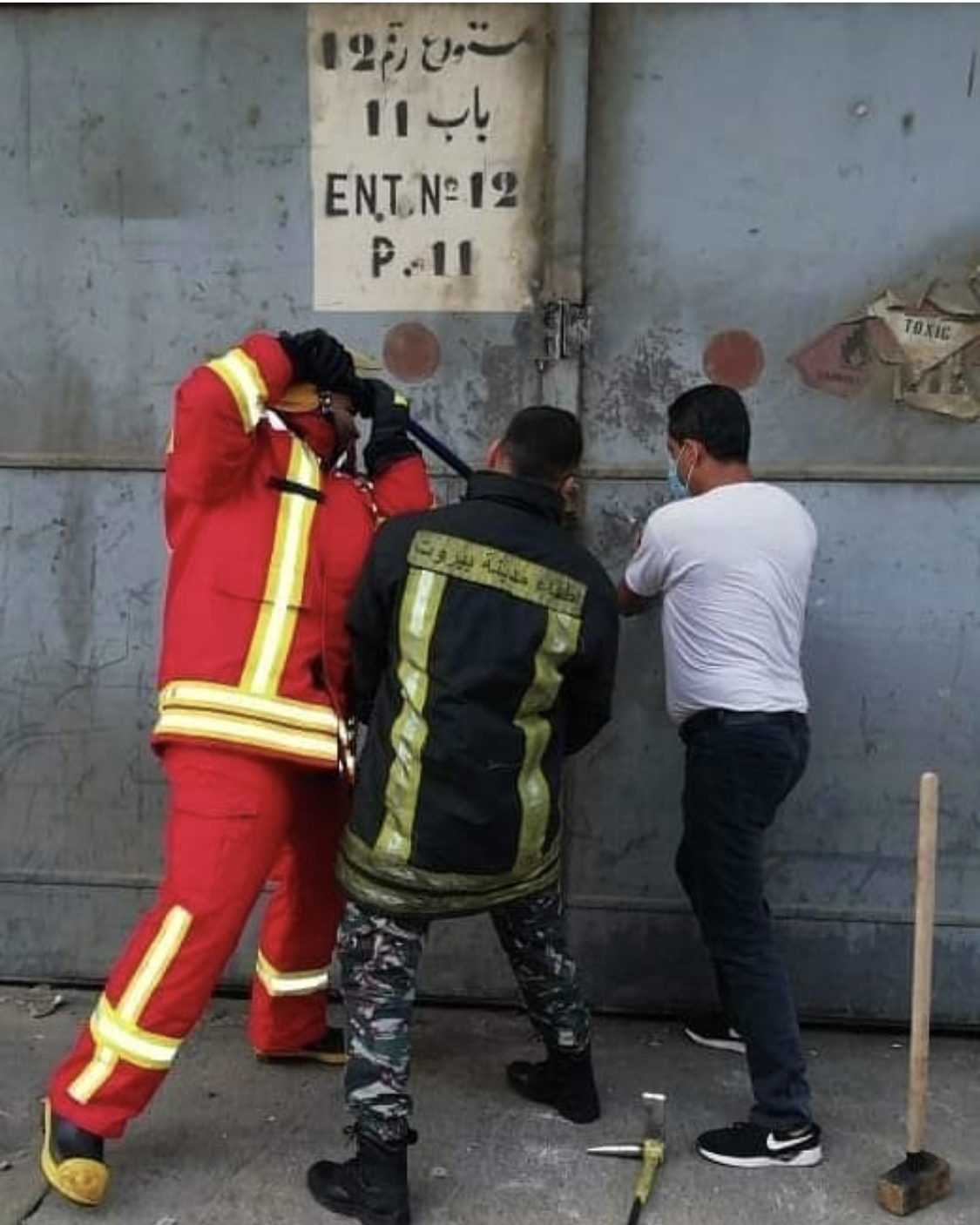 Charbel Hitti, Najib Hitti, Charbel Karam, Joe Bou Saab, Rami Kaaki, Massal 7awa (sorry if I pronounced it wrong مثال حوا), Ralph Malla7i, Elie Khouzami, Joe Noun and Sahar Fares all rushed to put out the fire and were soon declared missing after the blast. Eight bodies have not been recovered yet, and the fire truck was only found today.

Nine young men and one young woman, all volunteering to save lives, were killed due to negligence and incompetence, and the only thing Beirut port’s general manager had to say was that he had no idea what was inside, while Lebanon’s Director of Customs, Badri Daher tried to clear his name by falsely stating he had sent letters regarding this storage house a couple of years back without getting any reply.

Who will be responsible for the death of these young people? Who will pay the price for this calamity? Who will take care of their families and children? Who sent these brave men and women to their death? 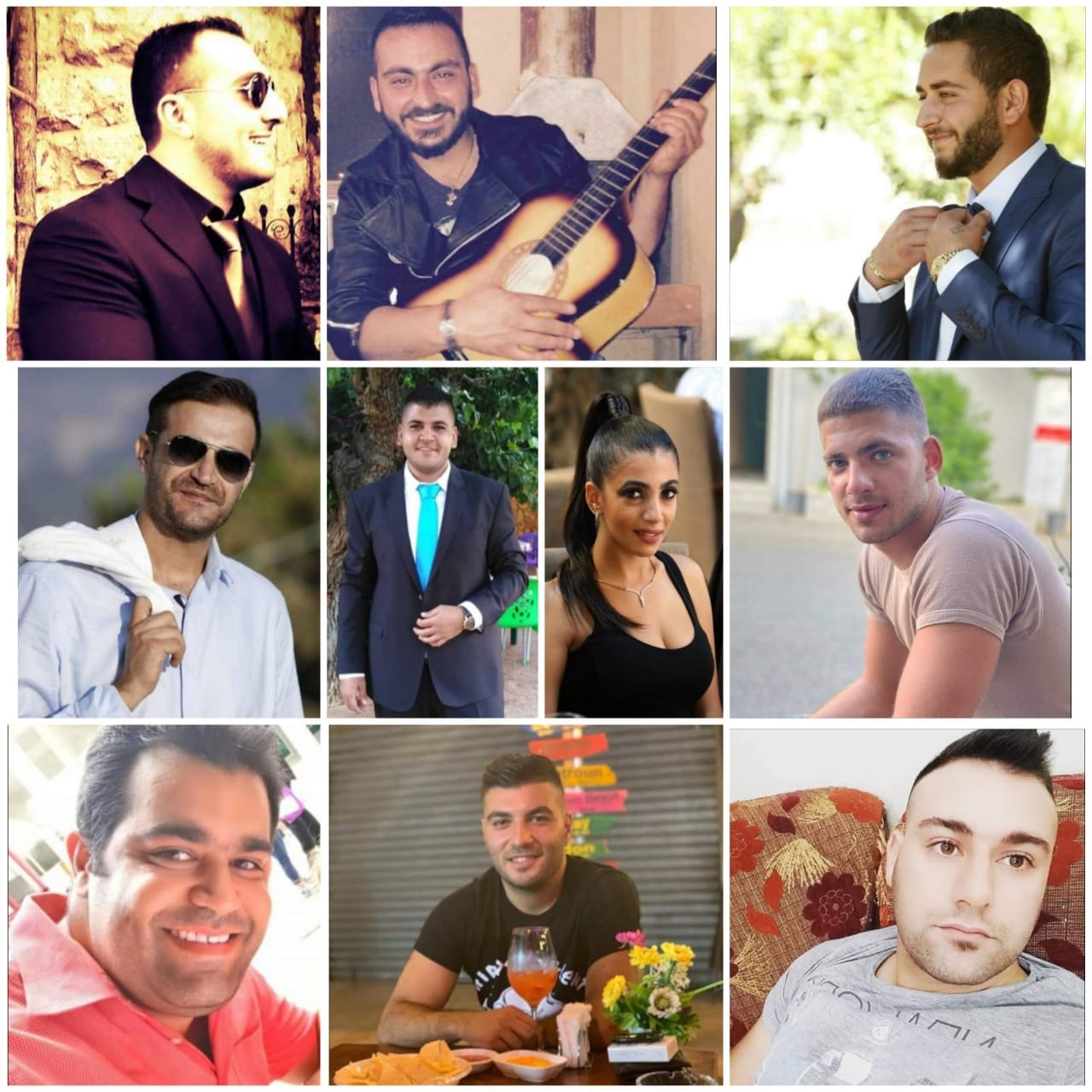