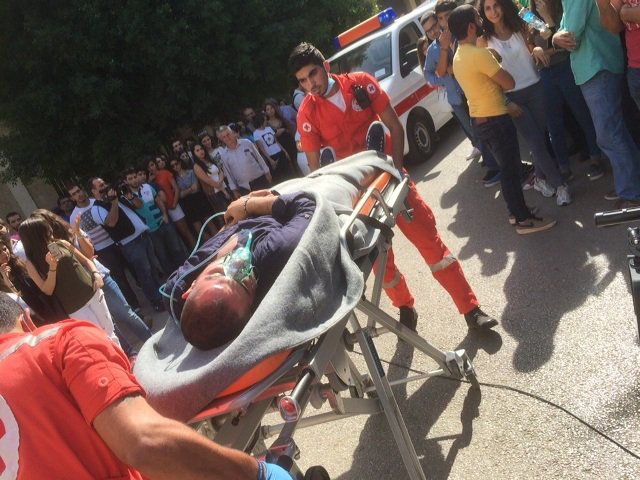 Yesterday, rumors spread that an USJ student had a stroke due to a Captagon overdose and was rushed to the hospital. The news also said that he overdosed after he had an argument with the drug dealer on campus which doesn’t really make any sense.

As it turns out, it was all part of a flash mob organized by the Lebanese Forces Students at USJ and the USJ administration to raise awareness on drug abuse. Of course the initiative is a good one but that’s not really a flash mob or at least that’s a badly executed one because a flash mob consists of a “large public gathering at which people perform an unusual or seemingly random act and then disperse” and more importantly they should be spreading the video online to make the proper impact.

The only video I found online was the one of the young man being taken to the hospital which is misleading of course. If they’re planning on releasing one later on this week, it would be too late as the so-called flash mob is already over.

All in all, I’m not trying to criticize the anti-drugs campaign led by these students and the USJ administration but they should have advertised it in a better way to reach a larger audience and make the story go viral.

PS: On another note, the anti-drugs billboards were spot on. I loved the slogans used.