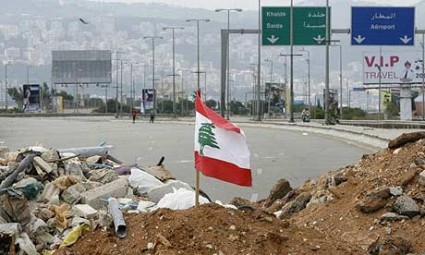 LBCI: The families of the pilgrims who were abducted in Syria have blocked the airport road to protest the state’s failure to secure their release.

Just like I’ve been saying for months now, Lebanon needs a new airport. It is unacceptable that whomever feels like it can go down and block a vital road such as the airport road.