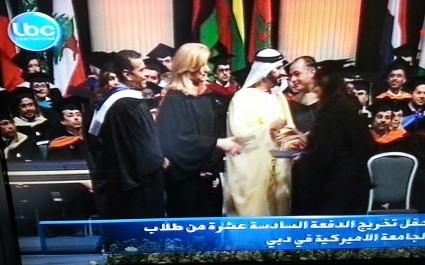 Update: Lebanese Elias Bou Saab, VP of the American University of Dubai, is apparently the reason why the ceremony is always broadcasted on Lebanese TVs. He is a major shareholder in OTV and business deals with major Lebanese TVs and institutions. I was told he was the mayor of Dhour el Choueir, whose municipality is becoming a model for others to follow. He’s also the husband of singer Julia Boutros. Thanks @ArzLeb

I was told that this is not the first year that they broadcast it live but I still find it weird. They have pretty cool commencement speakers though, Arianna Huffington the Chair, President, and Editor-In-Chief Of The Huffington Post Media Group and Los Angeles’ mayor Antonio R. Villaraigosa.

I remember Journalist Ghassan Tueni (May he R.I.P) was the speaker during my AUB graduation. We didn’t get any TV coverage though, unless my memory has failed me. 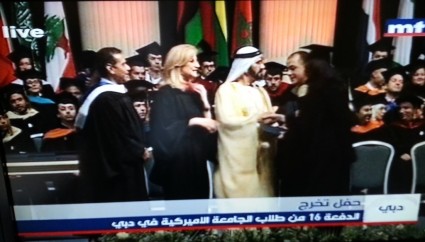 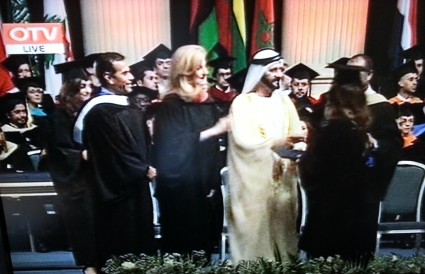