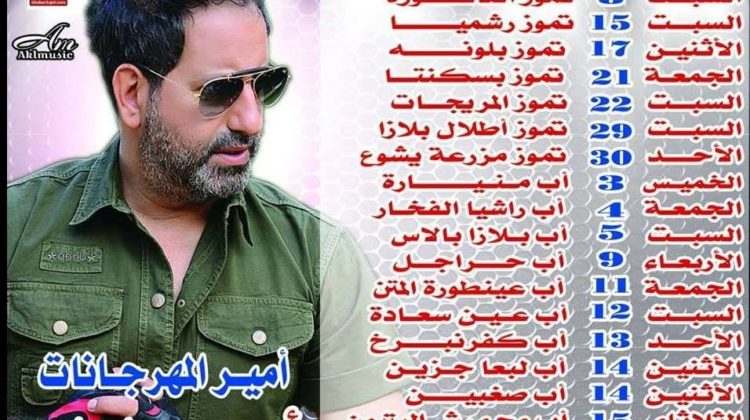 Just when I thought Wael Kfoury was having a busy summer schedule with 9 performances in 1 month, Amir Yazbeck just shared his schedule for the summer on a huge billboard and he’s performing in, wait for it, 21 festivals over a two-month period and his billboard says “To be continued” at the end LOL!

I think he’s going for the Guinness Book of records for most concerts in one month if there’s such a thing. Back in 2014, he had 17 appearances in 1 month.

Good for him if he’s making good money out of it!