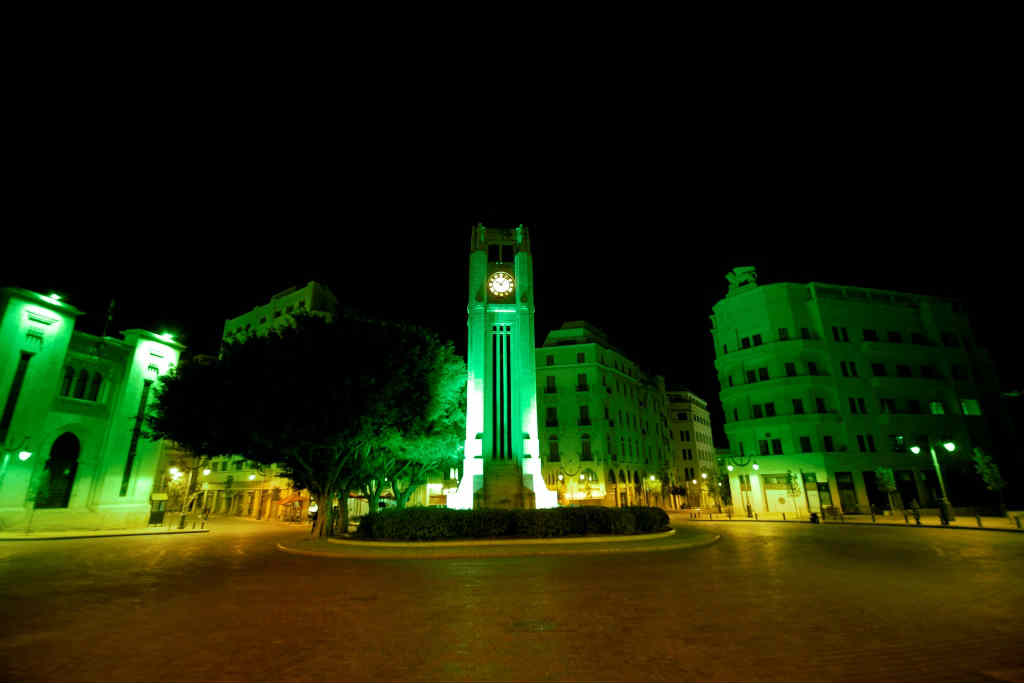 I shared a picture yesterday of Beirut’s Nejmeh Square (Place de l’Etoile) as it turned green to celebrate Ireland’s National Day. The #GoGreen4PatricksDay initiative was organized by the Irish Consulate in Beirut and the Irish Embassy in Cairo in partnership with the Mayor of Beirut yet the one thing that almost everyone pointed out in that picture was the fact that Nejmeh square was empty.

Captain Philip Carey, currently serving with UNIFIL in At-Tiri, south Lebanon, said at the event: “Over 30,000 members of the Irish Defence Forces have served as peacekeepers with UNIFIL in Lebanon since 1978 and I am intensely proud to be here at this Greening for St Patrick’s Day, commemorating our role in restoring peace in Lebanon and celebrating the friendship between our two countries and people.”

I know for a fact that a small event was organized for St Patrick’s Day and Ireland’s Ambassador to Lebanon, Isolde Moylan, gave a small speech on the bonds of solidarity and friendship between the two countries and the symbolism of the Beirut greening, but it saddens me that the Beirut municipality and the Irish Consulate didn’t consider doing a major event to attract people and revive the square for at least one night. St Patrick’s Day could have been the perfect occasion for that as there are plenty of fun things to do, like everyone getting dressed in green and wearing shamrocks, as well as plenty of drinking games to play.

It saddens me to see the once so-popular Nejmeh square always empty nowadays but the problem is not that people are not going to DT Beirut anymore, but instead they are now going to Beirut Souks and its surrounding mainly due to the security measures always in place near the parliament and the road closures around it. I think it’s about time Beirut’s Municipality and Solidere consider reviving Nejmeh square by organizing weekly events and making good use of holidays like St Patrick’s Day.