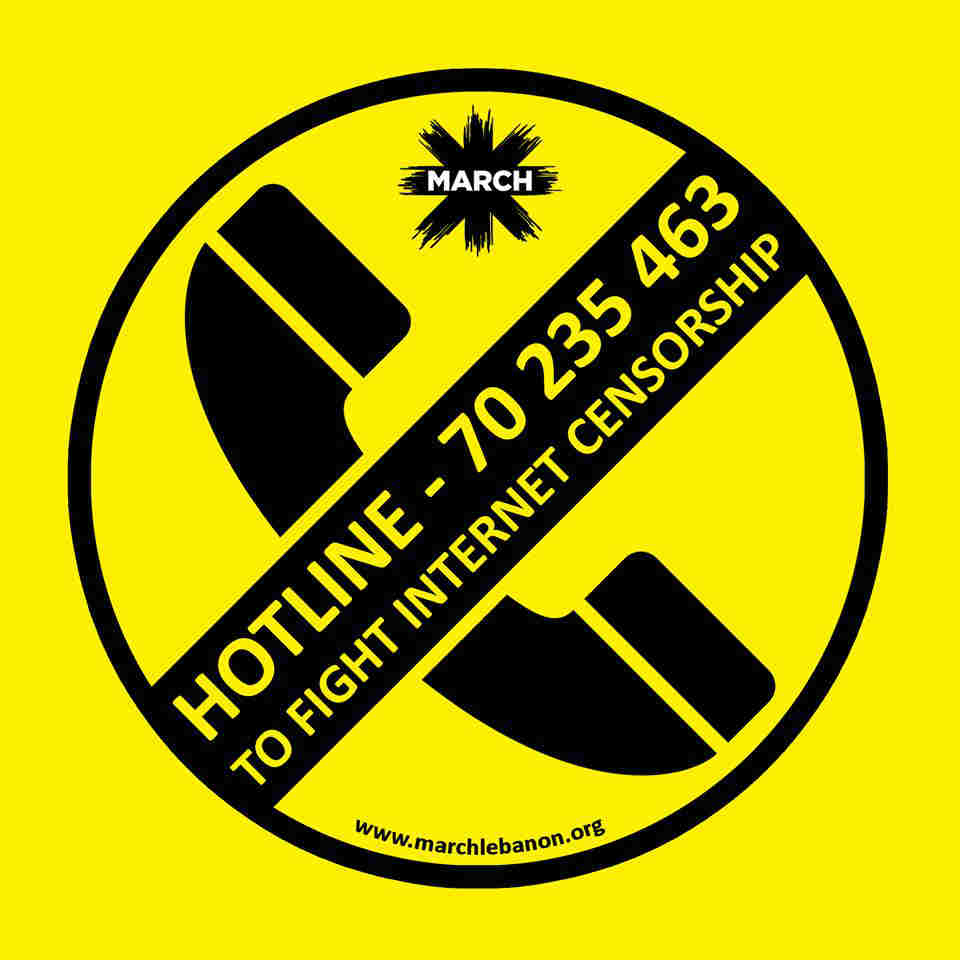 Internet censorship is wrong and a lot of bloggers, Twitter and Facebook users are still being summoned or questioned by the authorities for posts or pictures they either published or shared. In the absence of a law that regulates internet usage (Fortunately?) and protects the freedom of internet users, such practices are questionable and the majority of those summoned usually don’t have anyone to turn to and aren’t aware about their rights. Moreover, it’s very stressful when you get a call from the authorities asking you to come over for a coffee and a lot of people don’t know how to behave in such situations out of fear. For that purpose, MARCH Lebanon has been working for months on launching a hotline to provide support, advice and legal representation for any online user who is being harassed by the authorities.

The hotline was finally launched last week (70-235463) and the aim from it is not defy the authorities but to raise awareness on everyone’s rights, ensure that legal procedures are being followed and of course defend internet freedom in Lebanon. A booklet will be distributed on a later stage to inform internet users and more specifically social media users of their rights. The hotline will be operational 24/7 and you can even report people being harassed or websites being banned.

Make good use of this number and help protect internet freedom in Lebanon. Many thanks to the MARCH Lebanon team!

Speaking of censorship and freedom, here are some of the posts I’ve written on this issue:
– Censorship In Lebanon: Ekhirta ra7 to2ta3
– Is Freedom more important than security?
– The 10 silliest acts of censorship in Lebanon