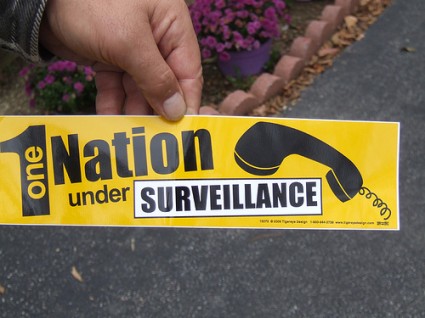 This is not really a question we should be asking ourselves as one should never compromise his freedom. In fact, sacrificing your freedom in order to feel safe leads to losing both (As quoted once by the great Benjamin Franklin). This being said, the bickering that is taking place between Telecommunications Minister Nicolas Sehnaoui and the Information Branch does not fall in the Security vs. Freedom debate, even though most people felt their privacy was invaded by the ISF’s controversial request.

The reason why I am saying that is not to defend one side over the other, but to clarify a matter that was blown out of proportion and is being dealt with in a destructive way. To sum things up, the Information Branch submitted a request to the Telecom ministry to provide them with the text messages that occurred across Lebanon two months before the assassination of Wissam Al-Hassan. The request was rejected originally so the Information Branch modified it to demand the circulating text messages in Beirut and Mount Lebanon only.

At this point, no one had any idea of what’s happening before certain newspapers leaked information that the Information Branch (Fere3 el Ma3loumet) had requested Facebook passwords from the Telecom ministry. Even though there was no such request, as the Information Branch is only interested in data logged by mobile operators and not ISPs, the Lebanese online community started a sort of campaign defend their privacy and Minister Sehnaoui’s Facebook post (see below) came to boost that campaign.

« Tonight, for the sake of our Privacy, I am calling for your support. A call to all bloggers, e-journalists, Tweeters and Facebook Users and all members of our Social Media Community. Our Internet Privacy as Lebanese People is at stake.
Today I took a decision and refused a request from “Fer3 Ma3loumet” demanding content of all SMS as well as username and password of all data sessions, BBM Webmail of 4 Million Lebanese. This request is unacceptable, illogical and cannot be justified. We cannot solve a crime by committing another crime.
The decision is now in the hands of the Council Of Ministers and this is where I need your support. I need you to share awareness everywhere to put pressure on all Members of the Council and stop this invasion of our Privacy. RT, SHARE, EMAIL, BLOG. Use ANY means you find fit to say “As a Lebanese Citizen I refuse to give up on my Internet Privacy.” » 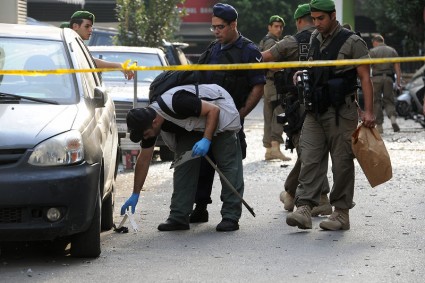 Even though I agree that our privacy should not be invaded, I believe Minister Sehnaoui should not have publicized the matter and made a big deal out of it, specially that the request came to investigate the murder of Wissam Al Hassan. In the same way, the Intelligence bureau should not accuse the minister or any party of covering up for the murderers if the complete data is not handed out to them. Just to be clear again, I am not saying Sehnaoui should have accepted to give out the data because the victim is important, but instead of inciting Lebanese against the Information Branch that had just lost its founder and one of the key figures on the Lebanese scene, both sides should have met and agreed on better ways to resolve the problem specially that it’s not the first time it happens [Old Data Requests from the Information Branch].

As much as we all (I hope so) want our freedom above all, we also want to know who’s been killing key figures in Lebanon, spying for Israel, kidnapping foreigners and other security-related issues. Having said that, the Information Branch has been doing a great job throughout the past few years in capturing criminals, spy cells and preventing assassinations by monitoring calls/emails/SMSes and all sorts of data. This however does not mean we should keep on giving them full access to our data but also does not mean we should make a drama out of it when they ask for data. It’s really sad to see a ministry pulling a decent job, and a security apparel working efficiently, waste their time over such fights.

What I am suggesting, given the complexity of the situation in Lebanon, is for the the Ministry of Telecommunications and the Information Branch to coordinate efforts and set up a mechanism whereas the Intelligence Bureau is granted access to specific data under the supervision of the ministry (in one of the ministry’s offices preferably) and a representative from the judicial authorities. By working together, the ministry’s personnel and the judiciary delegate would make sure that no one’s violating the constitution and Law 140 while the Intelligence Branch would have whatever data is needed (and permissible) to conduct their investigations. More importantly, the data would stay in one place.

After all, Lebanon is not the only country in the world where intelligence agencies monitor data to prevent terrorist attacks and assassination attempts, yet I don’t see parties bickering over that matter anywhere in the world.