I think we all agree that Lebanon needs a new traffic law and I’m glad that the authorities finally managed to draft a new modern traffic law but the question remains whether they will be able to implement it or not? I followed closely Kalamennas‘ episode last week, listened to what Gen. Joseph Msallem (head of public relations division in the Internal Security Forces) and Marcel Ghanem had to say and all I can say is that law enforcement officers need to figure out a way to gain people’s trust while spreading awareness on the new traffic law.

If the aim of the new traffic law is to fine people, then things will only get worse and people will find a way (wasta) not to pay the fines. If not, then the ISF should develop a strategy to 1) spread awareness on the new traffic law without fines 2) serve as role models and 3) gain people’s trust and encourage them not to break the law. Two days ago, I spotted four police officers breaking the law on my way from Jounieh to Achrafieh. One of them wasn’t wearing a seat-belt, the other wasn’t wearing a helmet on his bike, and the 2 others were driving recklessly and cutting off people. If some police officers are incapable of respecting the law and are not being fined or reprimanded, then things will never work out even if this new law is the one of the most modern ones in the world.

On another note, you need a proper infrastructure and decent roads to properly implement the new traffic law, which is not the case. Our roads are terrible and barely lit, traffic lights (if present) are not working everywhere, road works are lousy and hazardous, potholes are everywhere etc. Of course this is not an excuse not to have a new traffic law but the absence of any initiative to fix all these small issues endangering people’s lives makes us wonder if the government is serious about this new law or they’re just doing it to collect more money from the Lebanese.

Speaking of violations and fines, I summed up some of the technical details that were mentioned on LBCI in order to give you an idea about the new law. If you are interested in reading the whole 177-pages long law, you can find it [here].

All in all, we do need severe offences to stop traffic violations but we also need competent and trustworthy law enforcement officers to do the job, and we need the law to be implemented in all regions and on all individuals without any exception.

PS: The fines are so high in this new traffic law that one blogger thought of introducing the Lebanese driving ticket loan. 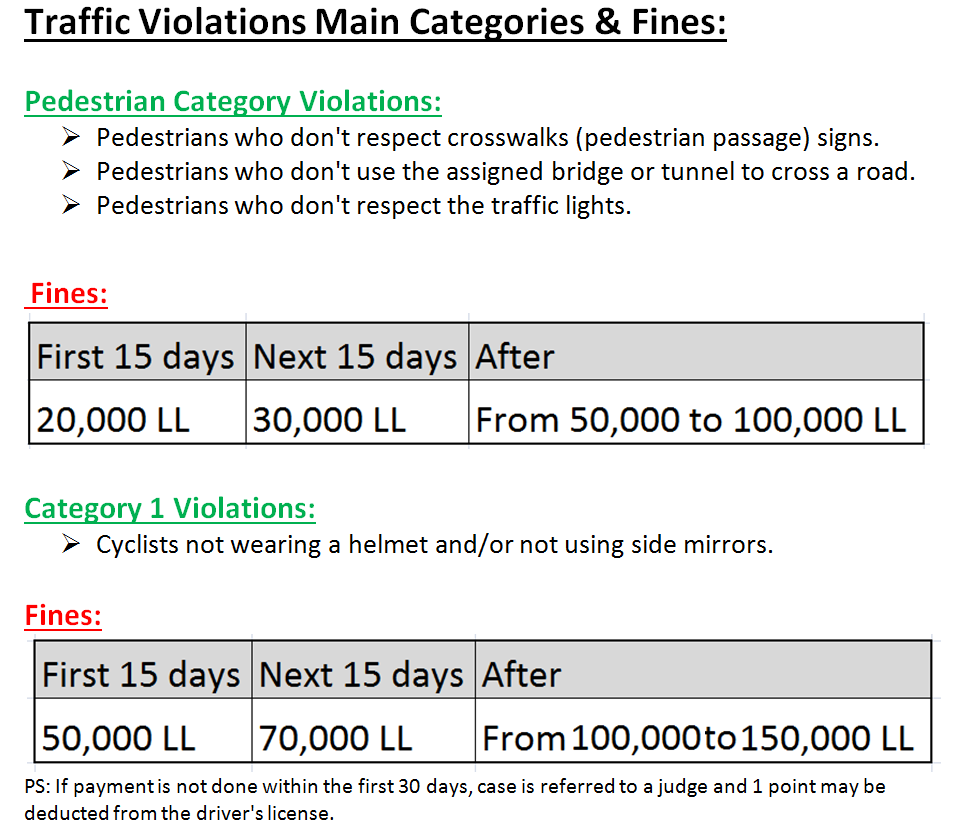 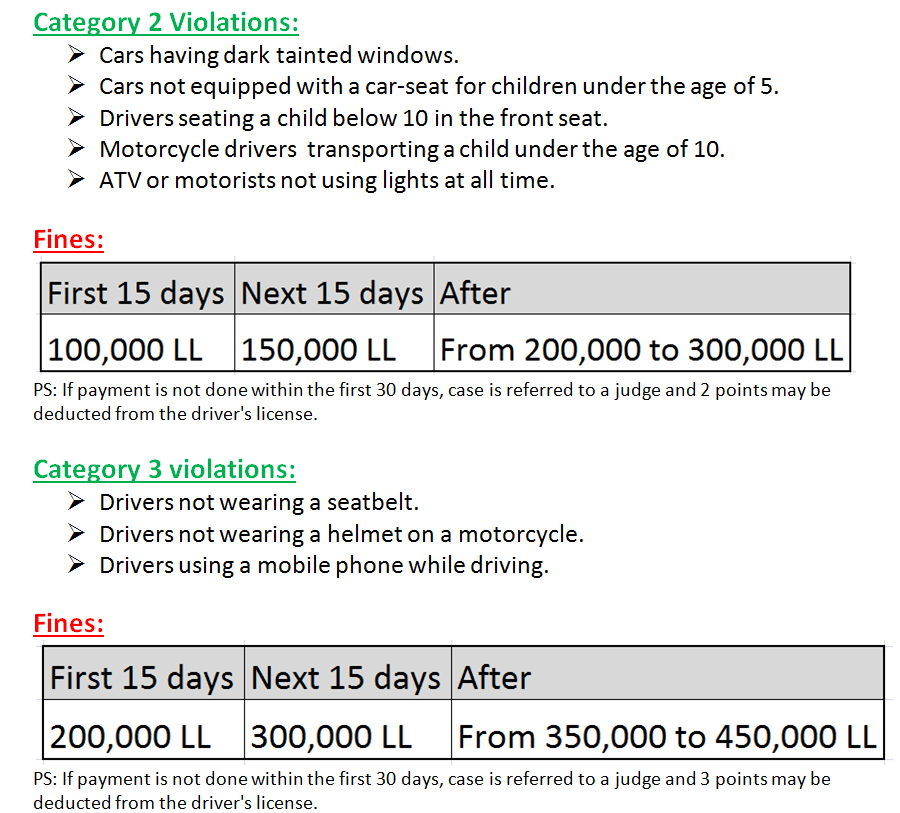 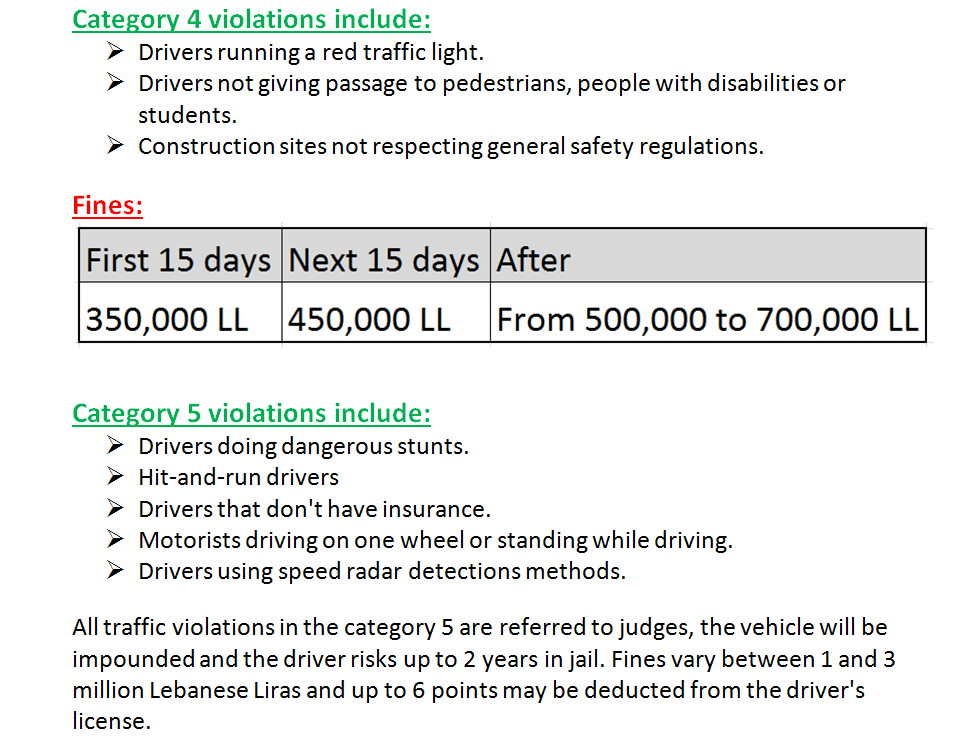 In addition to the above violations, driving under the influence of alcohol or drugs or exceeding the speed limit will be also be punishable by law. The fines will be determined based on the severity of the violation.