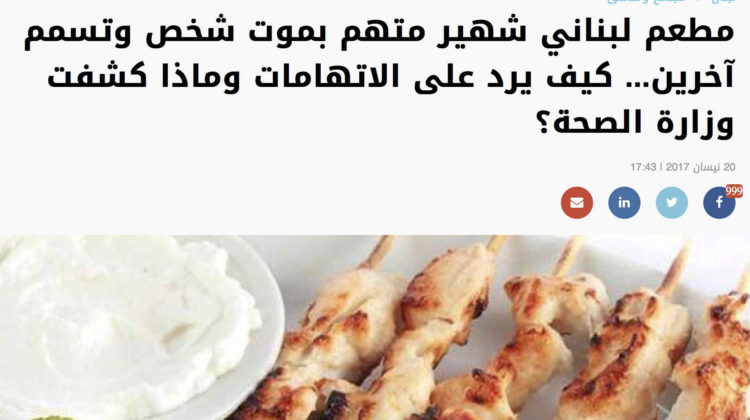 We’ve all heard about the food-poisoning incident that took place in Zouk Mosbeh two days ago. Basically three Syrian workers apparently got food-poisoned after Malak el Taouk and one of them died. The Malak el Taouk branch was shutdown for now but there are still no reports linking the worker’s death to the branch, and as far as I know, food-poisoning can be life-threatening but in very rare cases.

In all cases, I think it’s better to wait for the official reports to come out and more importantly, avoid reactions like this one below: 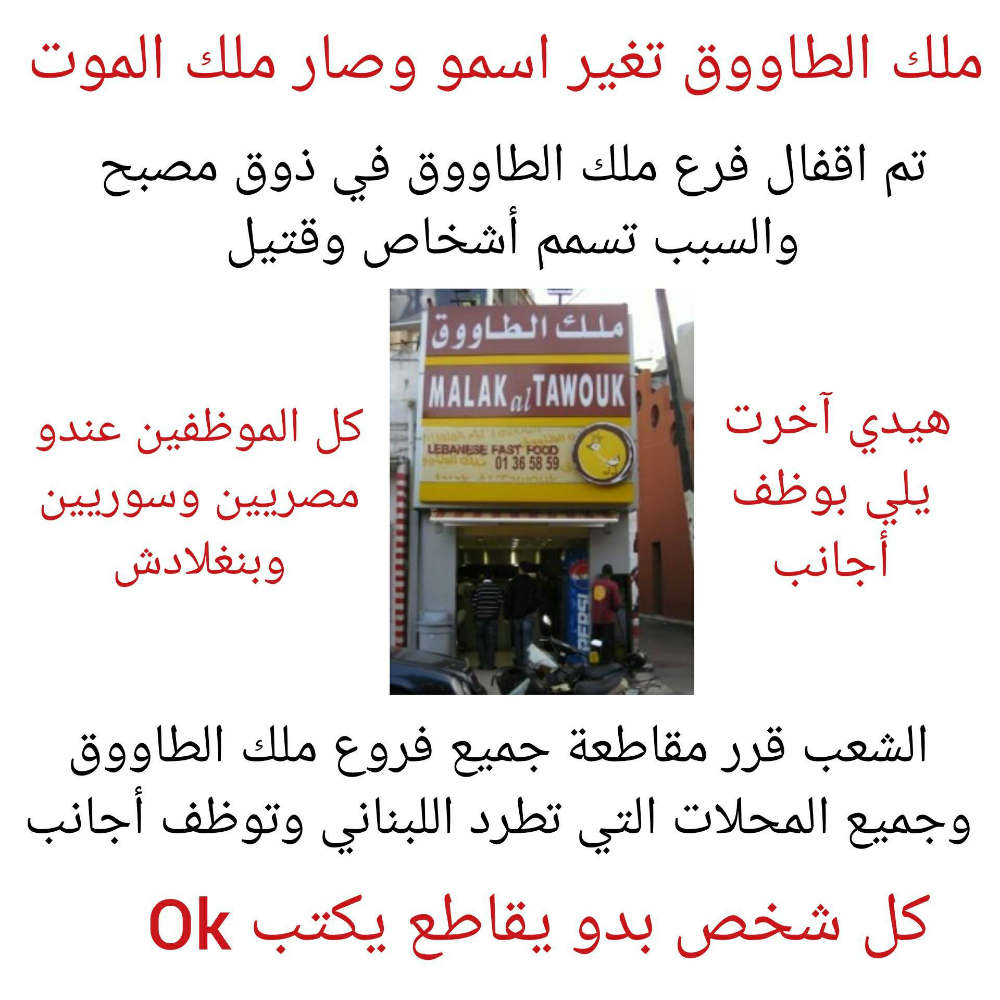 This is pure ignorance and racism. All Lebanese businesses that are employing Syrians are doing so because there are no Lebanese to fill these jobs or simply because they can’t afford Lebanese. Nevertheless, linking a place’s hygiene to the nationality of its staff is racist and idiotic to say the least. The real problem with food safety in Lebanon is at the suppliers, and ALL of them are Lebanese. Moreover, if the business owner is not following basic food safety guidelines, it won’t really matter if his staff is Lebanese or not.

This reminds me of the Energy Ministry’s claim that Syrian refugees are the reason we don’t have 24/7 electricity. Blaming everything on the Syrian refugees seems to be the easiest thing to do nowadays, while corruption is still widespread and we haven’t had elections in 9 years!