Some bigoted twitter users were pressuring Anghami yesterday to fire an employee because of a personal tweet she wrote, and went as far as ask to boycott Anghami. Inciting personal damage in such difficult times is unacceptable by all means and no calls should be made by ANY party to boycott this or that over a political opinion.

This being said, I will not resort to name-calling and dig deeper into this matter, as Anghami co-founder Elie Habib has replied wisely and constructively in a lengthy twitter thread to end this spat once and for all:

Anghami is one of the very few Lebanese startups that successfully went global and continue to grow and recruit Lebanese based on merit and talent.

No employee should be fired because of an opinion, especially at times where unemployment & poverty are soaring.

Should local businesses suffer because of political attacks? No. We’re all suffering, we’re all in pain. People & businesses. Our country’s economy needs us productive today more than any other day.
I just refuse to be part of either camp.
I am for life, for growth.

I am in the camp that believes that we can build in #Lebanon together.
Since 1975, the country perfected the art of killing each other, and dividing each other. Today, it’s not guns & missiles, it’s attacking each other with words and insults.

What if this coordination on social media for both camps could be used to support each other?
What if we work together to build a productive economy, built from #manufacturing #agriculture #technology & more?
What if we can reduce our reliance on external countries: ideologies, people & products ?
What if instead of attacking each other we can make a chain to lift each other?
We’re all drowning together.
Wake up everyone.
#Lebanon needs all of us

Enough succumbing to rotten political parties, enough hiding behind sectarian leaders and inciting hatred and violence over opinions and tweets, enough destroying whatever hope we have left in this country. 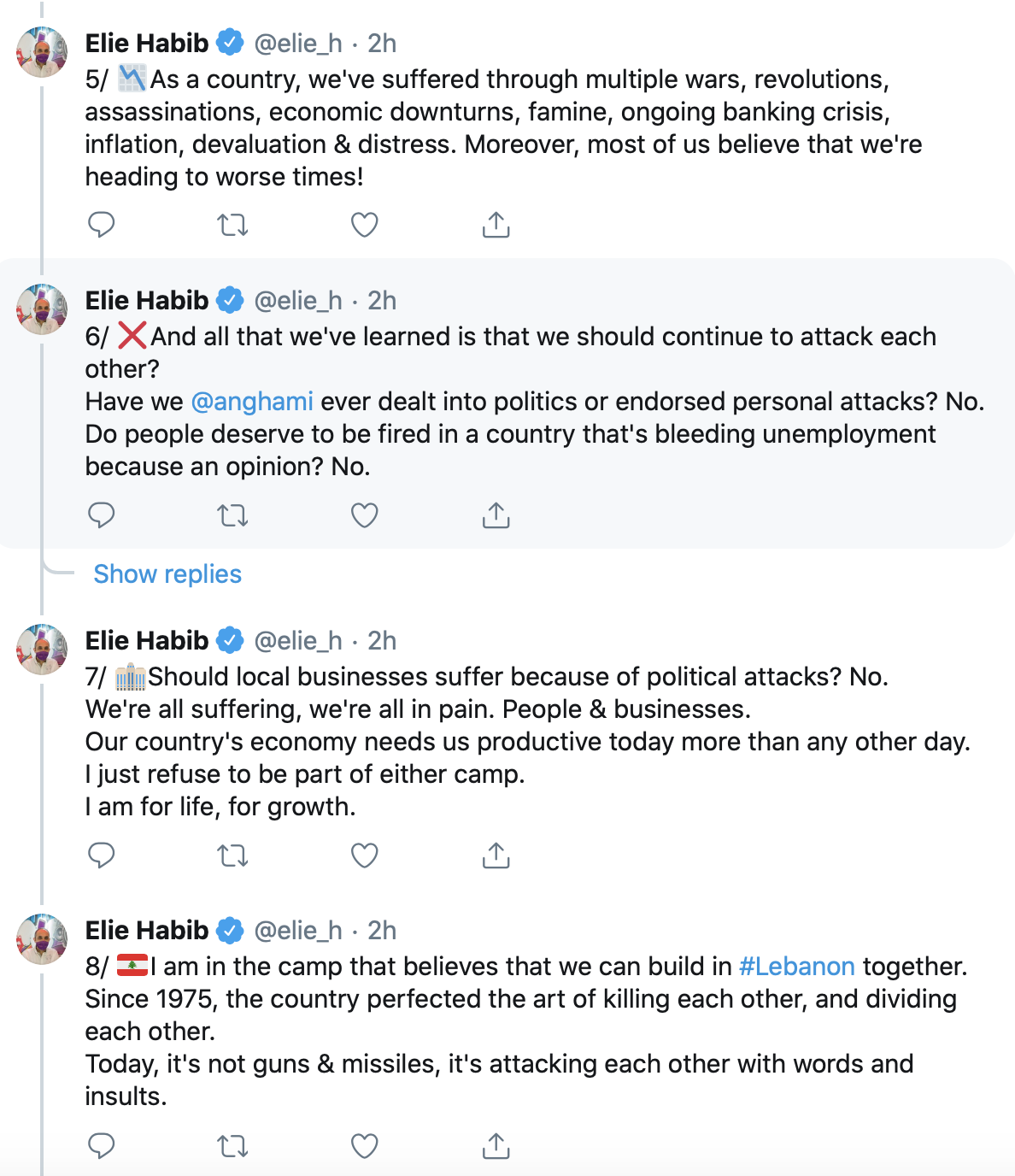