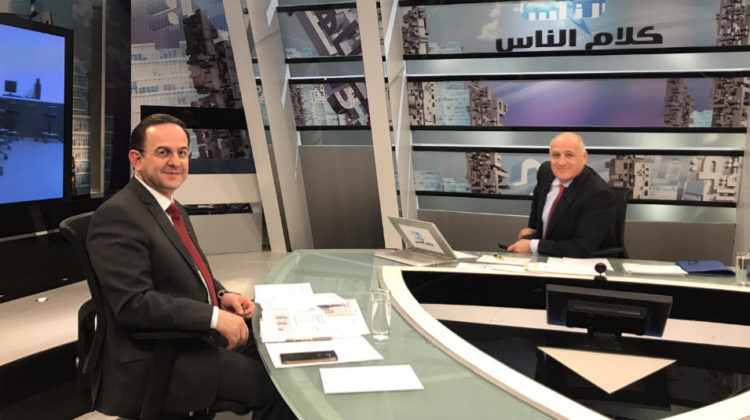 During a radio interview with Sawt Lebnen, he stated that what the MEA is doing is wrong, and that they are harming tourism in Lebanon and causing financial losses to the touristic sector. He added that MEA is a major problem and that he is fighting to make things right, then encouraged people to take foreign airlines like British Airways or Saudi Airlines to get to Lebanon because they’re cheaper. You can hear the radio interview [here] starting Minute 29.

What’s wrong with the minister’s statement?

Once again, I would understand up to a certain extent any minister or MP arguing against MEA’s policy but the minister of tourism is not supposed to be attacking our national carrier in public. That’s irresponsible and immature to say the least and I’m not sure anymore if what he’s doing is intentional or he’s simply clueless.

On a side note, the Visit-Lebanon campaign he launched was sponsored by MEA as part of his networking event.

To be honest I don’t have much insights on that matter and I’m not really sure how this works. I do believe we need cheaper charter flights and better offers during peak season and it would be great if the ministry & MEA agree on such a thing. Based from what I hear, some friends think MEA is expensive while others love the carrier and think the prices are fair.

Is MEA harming the touristic sector in Lebanon?
Minister Guidanian is claiming MEA’s high prices are discouraging tourists from visiting our country and resulting in financial losses. Of course he had nothing to back this fact and I truly doubt that expensive plane tickets are the reason why tourists are not showing up. Maybe someone should remind the minister about the garbage crisis, the polluted beaches, the political crisis, the lack of public transportation, the security situation, the horrific traffic etc etc ..

Oh and no Lebanon is not safer than New York, Paris & Germany (Quoting him).

How do MEA prices compare to others? 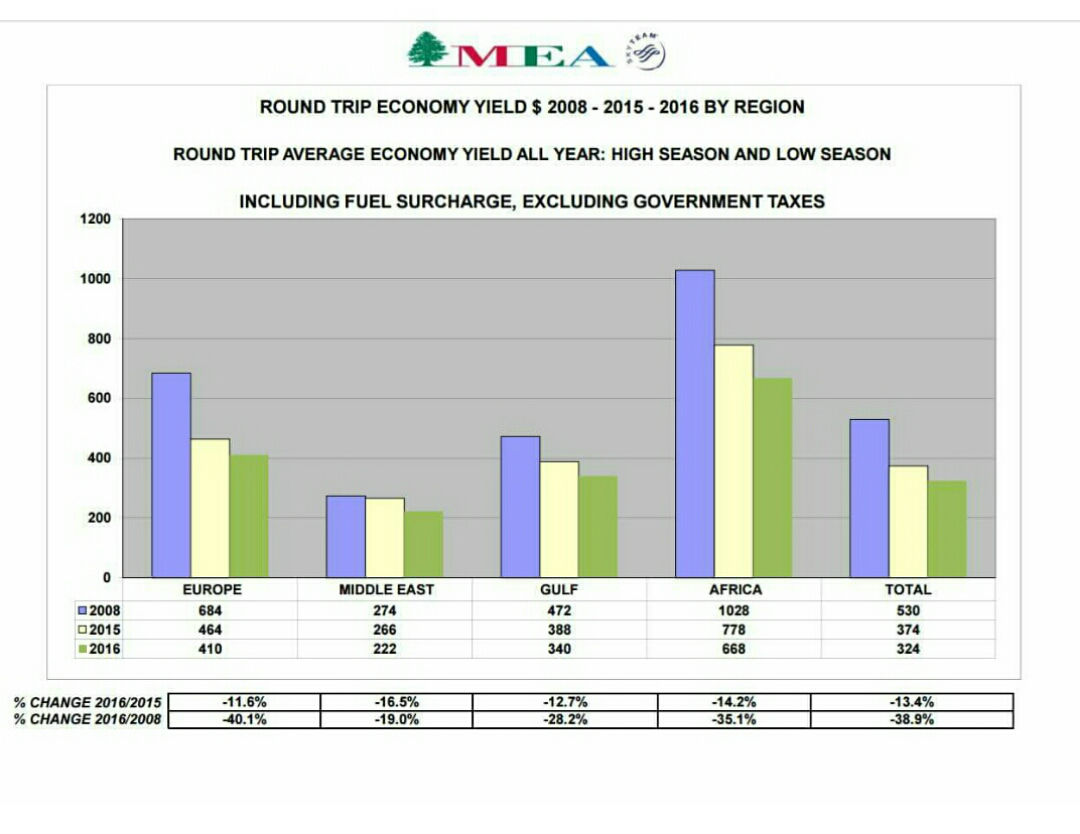 Here’s a chart released by MEA following a statement from its commercial department’s head. They are stating that “the prices of airline tickets are determined by external forces such as competition and demand and supply on each flight, which also depends on the date of travel and the timing of the flight. Moreover, prices are not determined on cost basis, so we cannot compare a flight from Riyadh to Beirut to another flight from Riyadh to Paris.
For example, due to the increase of capacity on Dubai route, MEA is selling on some flights round trip tickets to and from Dubai at USD 201.- including taxes and surcharges. Over and above, MEA stresses the fact that due to the increase in competition, its prices have gone down by around 40% in 2016 compared to 2008 as shown in the table below”.

Does the minister have a plan to boost tourism this summer?

He’s been bragging for a week now about the network event he’s holding soon between foreign travel agencies and local ones but someone should remind him May is almost over and it’s already too late. Moreover, these networking events don’t really have any long-term effect and are more of a “terwee2a” than a fully fledged touristic campaign.

All in all, I think it was a mistake to attack our national carrier that way especially when they’ve supported and sponsored his campaigns. If he has an issue with them, they can meet privately and deal with it but promoting foreign carriers against our own is just wrong, and the fact that the Minister of Tourism is attacking them makes it even worse.