An Arab News/YouGov poll surveyed 3,017 people in the Middle East and North Africa (MENA) on the US elections and presidential candidates and found that:

– 47% of Arabs wouldn’t vote for any of the two candidates if they were given the chance to vote.
– 44% would vote for Hillary Clinton while only 9% would vote for Donald Trump.
– 78% of respondents said Hillary Clinton would be better for the Arab World.
– More than 70% of participants were “dissatisfied” or “upset” with Trump’s policies vs 30% for Hillary.
– 73% were in favor of Trump’s abortion policy.
– 46% of respondents believe the US should send troops to fight ISIS in the region and collaborate closely with Russia on solving the Syrian crisis. 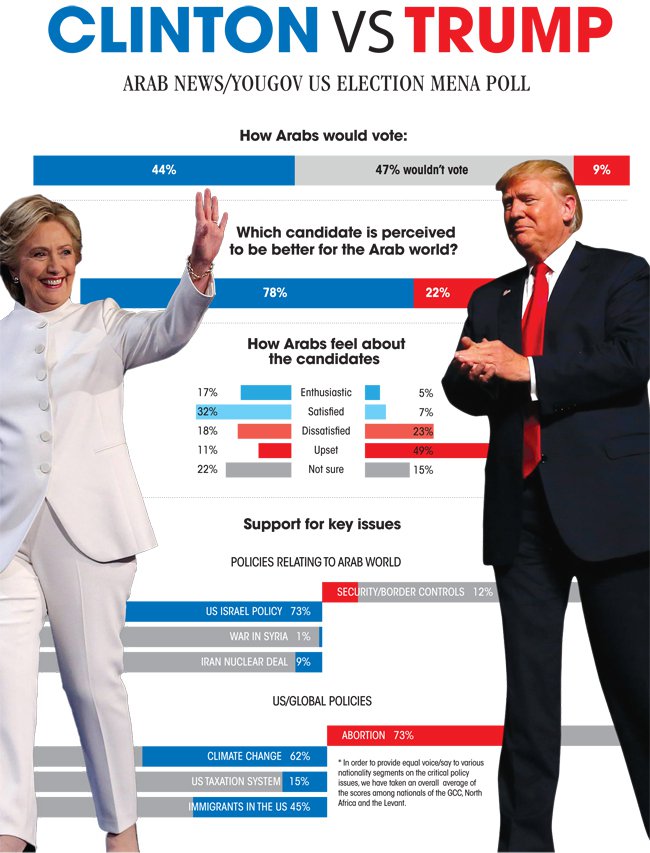