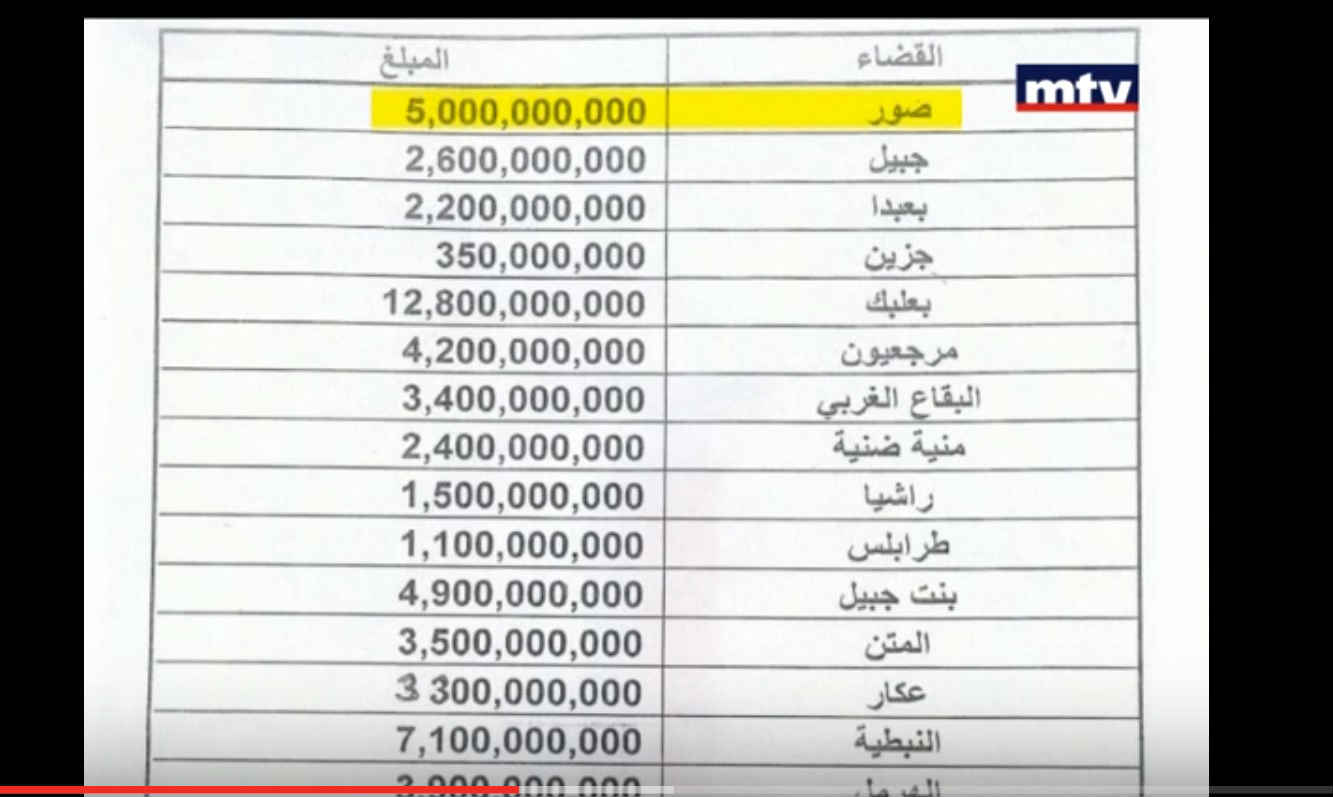 MTV shared yesterday a chart that showed the Ministry of Public Works spending by area, in order to “prove” that Christians areas are barely receiving 18% of the total expenditure. They picked cities that have a Shiite majority (Baalbeck, Hermel, Nabatieh, Bent Jbeil) and compared them to areas of Christian majority like Matn, Jbeil, Jezzine, Zahle and Bcharreh.

I am not really sure what they were trying to prove, but they failed miserably because what matters here is how this money is being spent and not in which area. I currently live in Keserwan and I am more interested in knowing how these 3 billion Liras were spent because the roads are worse than ever and nothing has really changed in the past year or so. Corruption is the real problem in Lebanon and fueling sectarianism through such reports will only strengthen those who are in charge now.

More importantly, and I think this is the real scandal here, MTV were complaining about the lack of spending in Batroun yet they missed out on the fact that Batroun got almost twice as much as Tripoli, the most populous and poorest city in the north. (Thank you Mustapha for noticing that!)