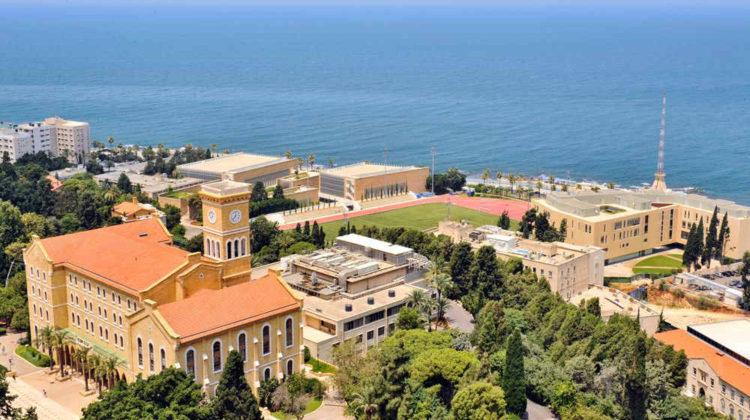 Now that’s a first! The American University of Beirut has agreed to pay a financial penalty of $700,000 to settle a lawsuit after being accused of assisting three organizations linked to Hezbollah. One example was a workshop titled “Citizen/Online Journalism” which was attended by representatives from al Nour and al Manar among others. AUB agreed to pay the fine but rejected claims that its conduct was intentional or reckless, and “it did not admit such conduct as part of the settlement.”

It’s no secret that there are plenty of Hezbollah or pro-Hezbollah students enrolled at AUB and I’m sure plenty of them are benefiting from financial aid and maybe leading workshops so I’m not sure what they’re expecting AUB to do about that. After all, it’s a university and is expected to provide education to students of all backgrounds.

In all cases, let’s hope we won’t be hearing about AUB settling such lawsuits in the future especially that the university has just kicked off its “Boldly AUB, the Campaign to Lead, Innovate and Serve” initiative and received the largest donation in its history.

“For years, the American University of Beirut accepted grant money from USAID, but failed to take reasonable steps to ensure against providing material support to entities on the Treasury Department’s prohibited list,” Acting Manhattan U.S. Attorney Joon Kim said in the statement to Reuters. [Reuters]