Earlier yesterday, LiveLoveBeirut shared a picture of a Red Bull F1 car spotted spinning in Beirut. The picture was actually taken from a Red Bull Showrun in Lima, Peru and it was just a teaser for the live F1 Showrun that is taking place in Beirut on Sunday May 22nd.

You heard me right! Beirut’s F1 Showrun is happening soon and it’s gonna be awesome! I’m a huge F1 fan so this is very exciting news for myself and all F1 and motorsports fanatics in Lebanon. F1 driver Carlos Sainz Jr, son of rally legend Carlos Sainz, will take Red Bull Racing’s RB12 F1 car on a “tour”, starting from the Wafiq Senno Street, through the Meer Majid Arslan Street, all the way to Ahmed Daouk Street.

If I’m not mistaken, this road was actually part of the Beirut F1 Grand Prix that was suggested back in 1999 (I’m still trying to get my hands on the Beirut F1 track design). Back then, we lost the bid mainly due to political reasons but I’m still hopeful that we will get a city track one day in Beirut. 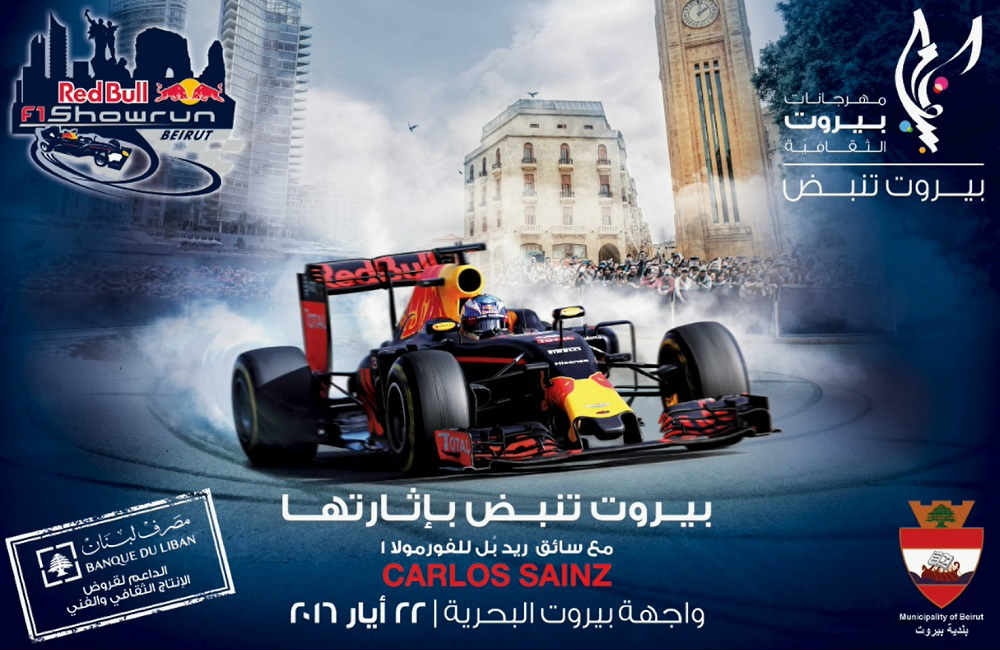 Everyone will be invited to see the F1 car doing speed stretches, burnouts, donuts, and of course hear the awesome engine sounds (even though the old F1 engine sounds were much better) along the one-kilometer track.

Check out the [promotion] and stay tuned for further info.