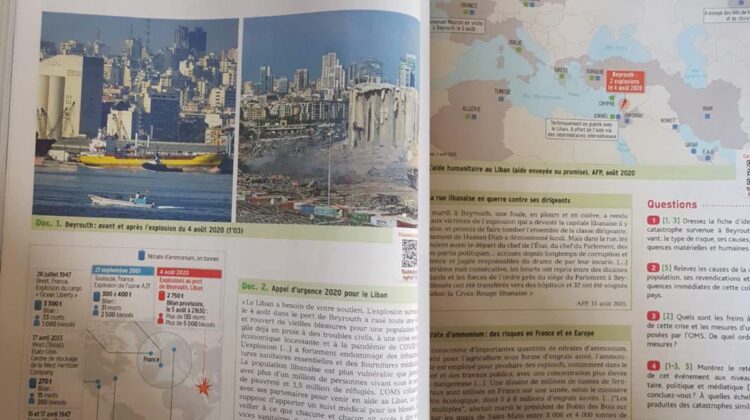 This year’s French educational curriculum included the Beirut blast as part of their history and geography book for the Baccaulerate. The book included pictures of the explosion and comparison to other explosions caused by ammonium nitrate, such as the 1947 explosion in Texas City, or the 2001 Toulouse chemical factory explosion. Added to that, it showcased the dangers of ammonium nitrate.

Meanwhile, our history book is still stuck in 1975. 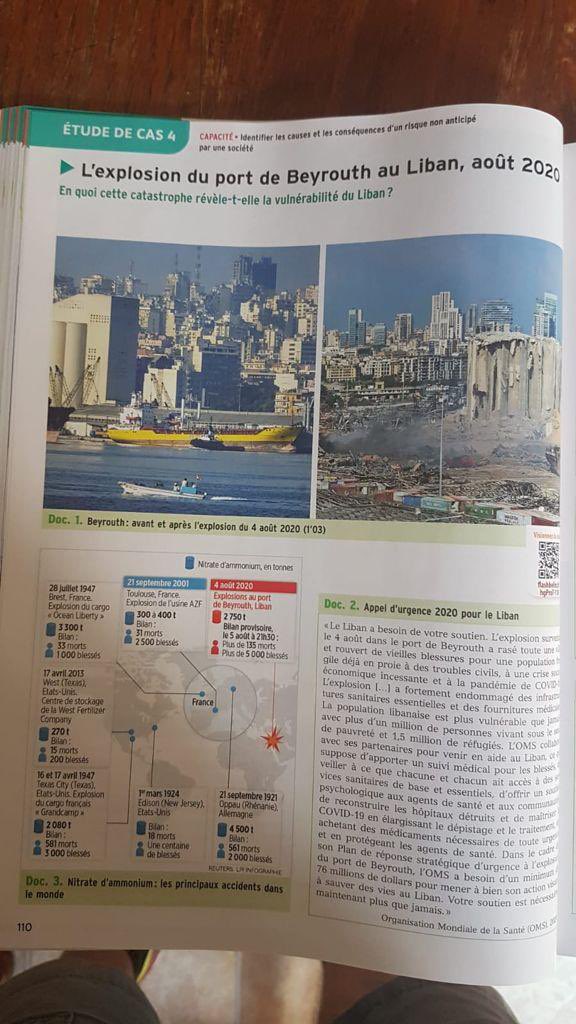 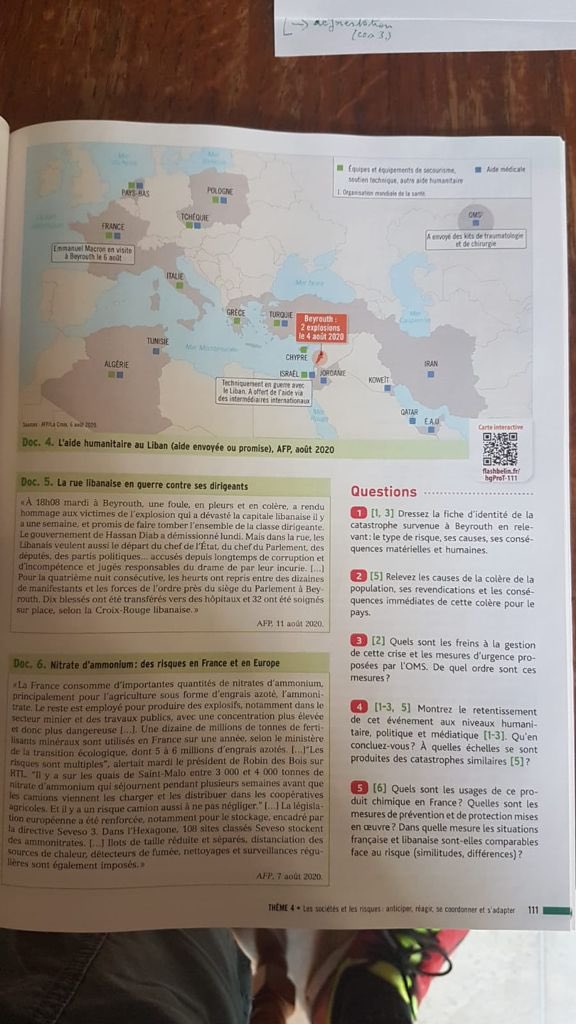