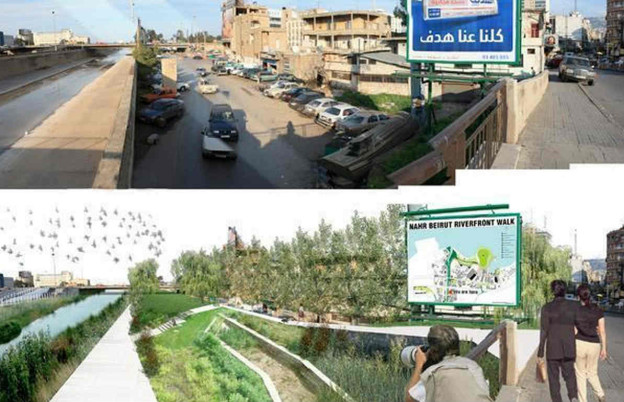 Two years ago, a Lebanese architect called Sandra Frem revealed a project she had been working on since 2008 “seeking to beautify the Beirut River (Nahr Beirut) and make it an integral part of Beirut rather than a separate entity as is the case today”. Sandra thought we could make good use of the open spaces on both sides of the river and turn them into green spaces. Moreover, she thought that we could help solve the water shortage in Beirut by purifying and distributing sewage and rainwater.

Of course Sandra knew her project was a bit unrealistic (mainly due to politics) but I’m sure she never thought Beirut River would be turned into a huge landfill and become a threat to all the Lebanese. She wanted the river to help change people, instead it’s helping spread diseases that kill people. I’m sure she must be devastated by the current situation and what the Beirut River has come to just like we all are, but we can only hope that this is a temporary phase that we’re going through and that Nahr Beirut would be turned one day into “a beautiful and fun place that brings people together and alleviates the burden of life in this country”.

The architect’s project built bridges between hypothetical gardens along the river banks, and traced special routes for public transportation (buses or tramways). Her objective was to make walking a fun activity for Beirut residents and to transform the river into a space for relaxation for residents of the surrounding poor neighborhoods. “The river can help change the people,” she argues.

For Sandra Frem, a LAU architecture professor, talking about this project is all but unrealistic under these circumstances. She has since recanted “her dream” of carrying out such projects, focusing instead on working in her engineering office on small, more realistic projects. “This project is politically and socially sensitive. There is no political will to carry out such projects in poor residential neighborhoods, as preference now goes to towers,” she said. 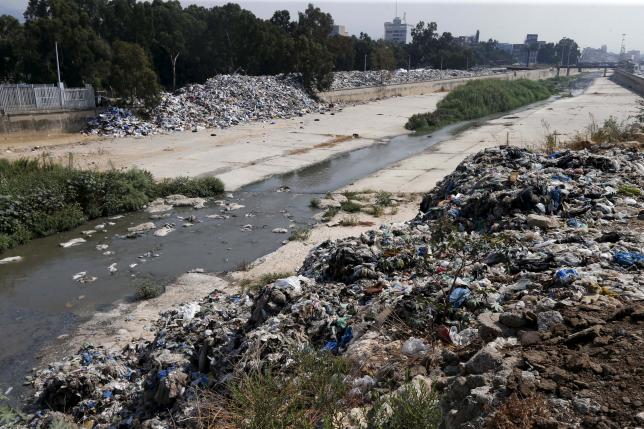