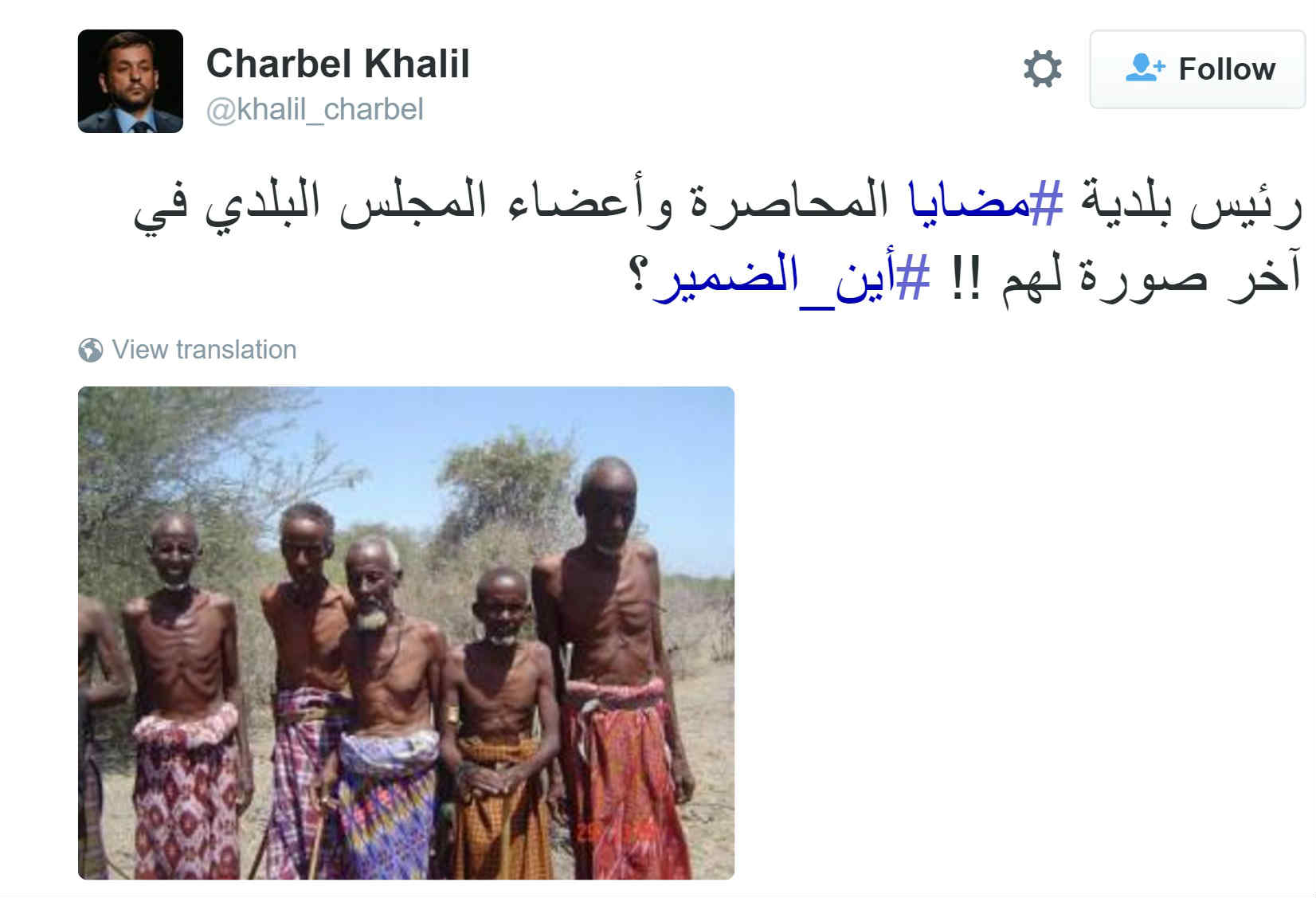 A lot of graphic images of death and starvation have emerged in the past few days out of Madaya, yet a lot of these pictures were not confirmed by aid groups and are probably fake. What’s confirmed though is that residents of the besieged Syrian town are being starved to death. Even when the food is available, the prices are prohibitive and a lot of people cannot afford it.

Having said that, the worst thing that anyone could possibly do in this case is make fun of these people’s misery or make a joke out of the fake images by sharing genuine pictures of people who were starving at some point somewhere else in the world.

If Charbel Khalil wants to mock those who don’t verify pictures before sharing them, there are plenty of ways to do so but his tweet is wrong and inappropriate and he should remove it in my opinion. Of course Khalil is not only refusing to admit he’s wrong but is making things even worse by calling some of those attacking him idiots.

Madaya residents are starving to death. You can either ignore the issue if you don’t feel concerned or try to help in any way possible, but making jokes out of this serious crisis is wrong under circumstances.