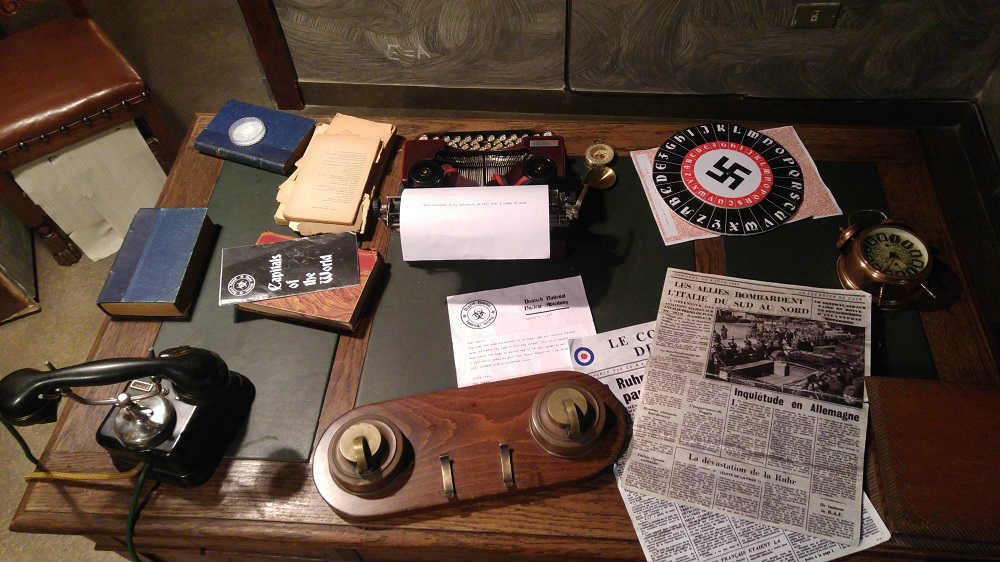 If you are bored of the same old plans every weekend and want to do something fun and intellectually challenging, I highly recommend you visit Clue Club in Hamra and try to escape from one of their two rooms. If you enjoy challenging games where you have to solve puzzles and riddles, find clues and uncover codes then you are going to love the Clue Club games!

I will give you a brief about the concept if you haven’t tried escape rooms before and then move on to describe our awesome experience there!

What’s an escape room?
It’s a physical adventure game where you are locked inside a room and have to solve a series of puzzles and escape within a set time limit. The rooms are monitored for everyone’s safety and well-being and you can’t get out unless of course there’s an emergency. The time limit is 1 hour at Clue Club.

Can anyone play?
The games at Clue Club are designed for groups of 2 to 5 people and anyone can play of course but you will need smart and witty people on your team if you want to solve the riddle and get out!

How hard is it to escape the room?
We were a team of 3 and managed to escape both rooms within 1 hour even though it was our first real escape room experience. It took us 55 minutes to escape the first room and 58 minutes the second one so it was a close call both times.

How can you prepare for the game?
You can’t really prepare for the game as you don’t know what’s inside the room. What you can do though is distribute tasks among team members before the game starts. For example let someone look for hidden clues while the other goes through the clues at hand etc …

Do we get any help?
The room is monitored at all-time and you are completely disconnected from the world (no smartphones no nothing) but you will receive small hints throughout the game whenever they feel you are stuck.

Moving on the rooms in question, there are currently two at Clue Club and they are working on a third one. There’s an intermediate level game “The Golden Eye Diamond” where you need to steal a diamond from a heavily-fortified bank vault in Hamra and an advanced level game “Explosive Gentleman” where you are facing the biggest threat to life in history and need to stop a bomb from detonating. 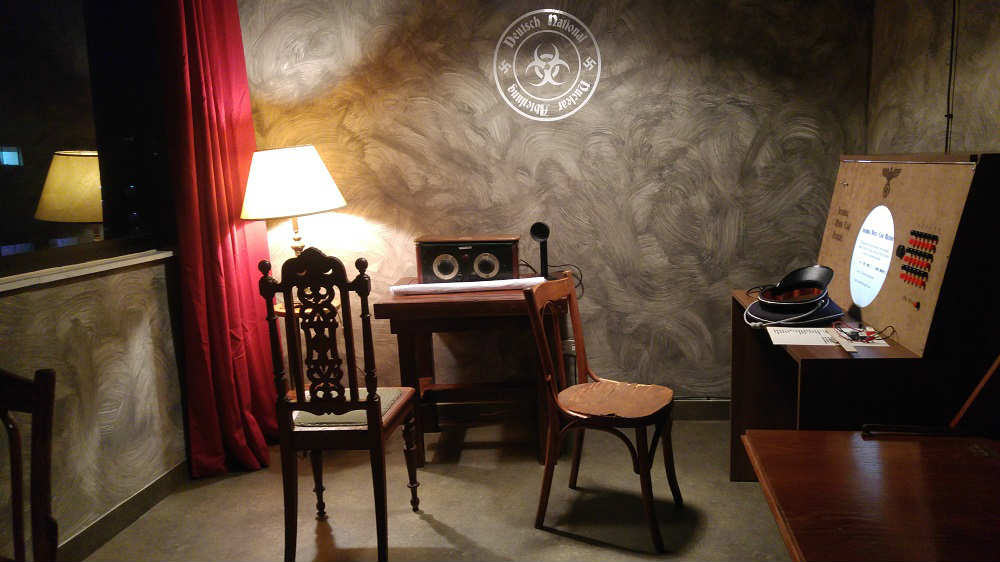 The first game we tried was “Explosive Gentleman” and even though it was really challenging, we managed to finish it in less time than “The Golden Eye Diamond” mainly because we wasted 15 minutes looking for a certain account number in endless lists.

I personally enjoyed “Explosive Gentleman” but it was quite hard. The clues were hard to find, the puzzles were difficult to solve and we had to use Morse code at some point. We exercised our brains for the whole hour and I loved the adrenaline rush that came with it. Every time we figured out a clue, we’d get two new ones and we probably couldn’t have escaped without the hints we got but it’s part of the game. 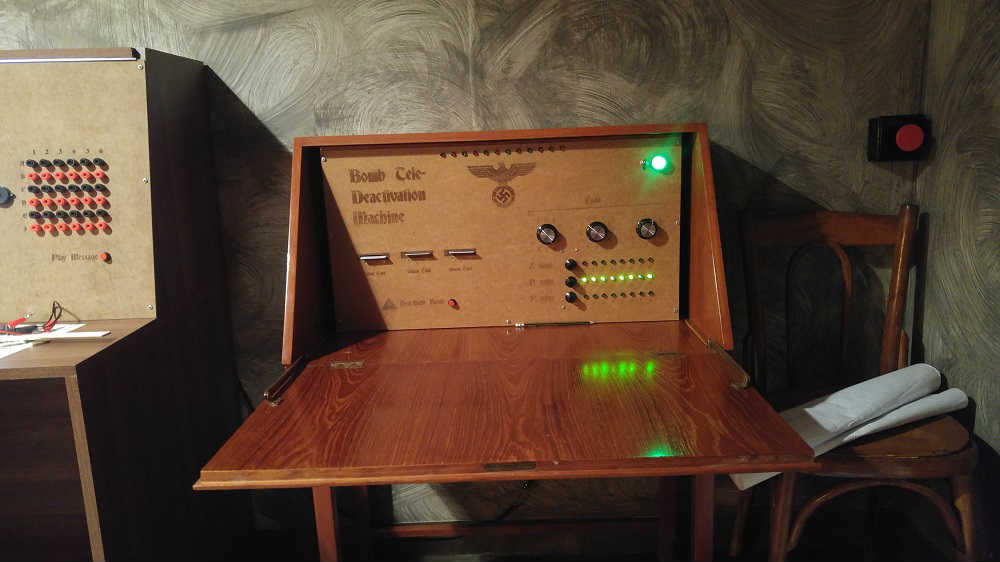 “The Golden Eye Diamond” is less difficult but as demanding as the first game. There were a lot of clues all over the place and even though we managed to open the vault within 30 minutes, we wasted some time figuring out one of the clues and luckily escaped the room. In fact, we had 1 missing value out of 4 needed and I tried a random combination and it worked at the 58th minute 😀 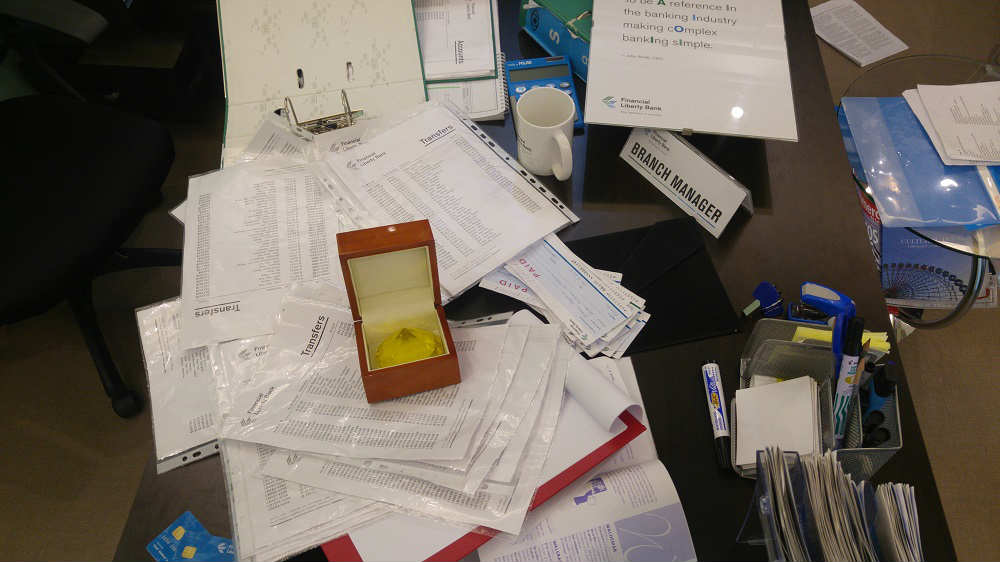 All in all, I wish I could say more about the games but I would be ruining it for those who want to try it. The experience was an amazing one and I challenge those who never tried real escape games to win both games from the first time. I can’t wait to go and try the third room as soon as it’s available! 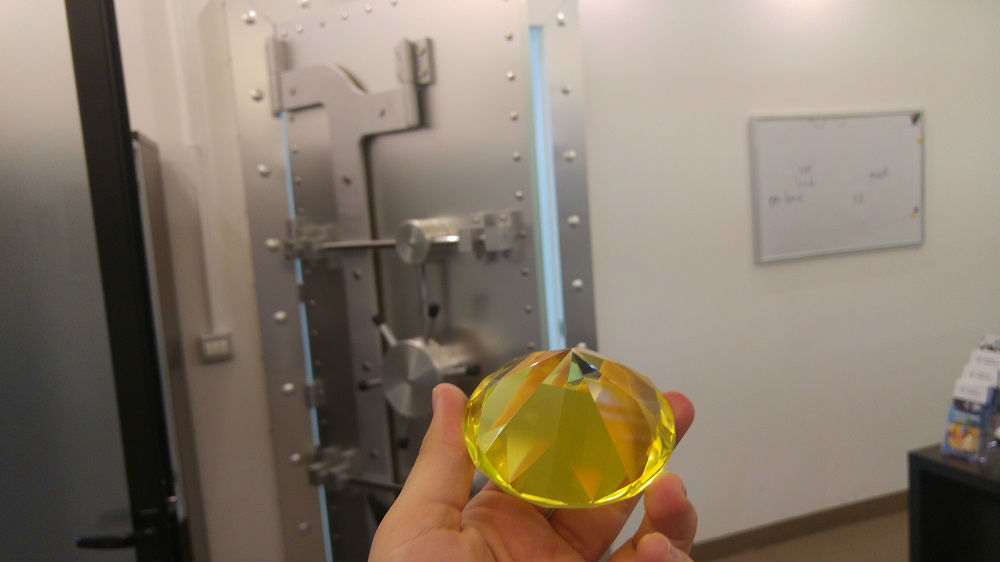 Go and try it out and I promise you that you won’t regret it!