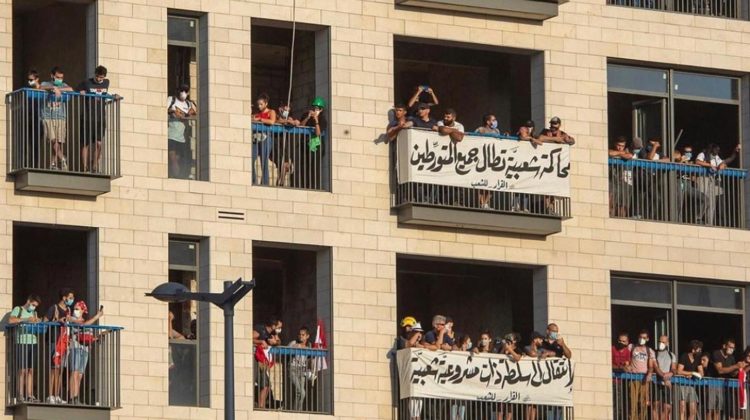 Today was yet another historic day. Protesters returned to the streets in massive numbers demanding justice, holding gallows, storming government ministries and occupying shortly the Association of banks building. Meanwhile Prime Minister Diab was delivering yet another empty speech but this time, he stated he will request an early parliamentary election in a bid to defuse a worsening crisis following the port explosion.

At first, you’d think this is a win as early elections have been a demand from protesters since day1, but holding new elections, before forming a rescue government, agreeing on a new electoral law (or even amendments to the most recent one), and more importantly freeing the judiciary body are all needed before calling out for an early vote.

This being said, what Diab is calling for is a trap, and agreeing to new elections without any change is shooting oneself in the foot. The demands have been clear since day1, and someone even mapped them into a crystal-clear diagram:

Right now, we’re still waiting for the government to resign over the destructive blast that ravaged Beirut few days ago, and for them to hold accountable those directly and indirectly involved in this catastrophe. It’s been already five days so we should be hearing back from them today or tomorrow at best.

Now is not the time for compromises, not when they’ve committed the worst crime in Lebanon’s history.