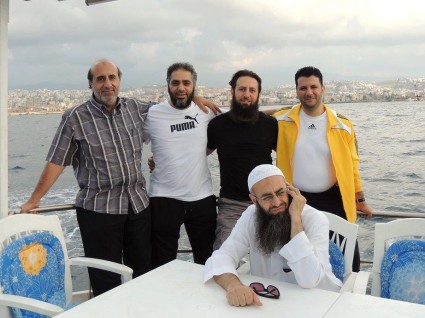 He was a known and loved artist and had the chance to play a positive role in society, instead he chose to get armed and shoot at army soldiers. What a total waste of oxygen this guy turned out to be.

You can read the whole article [Here].

SIDON, Lebanon — His success was a dream come true for this tough port city on the Mediterranean coast: a poor kid whose honeyed voice and ballads of love and heartbreak rocketed him to wealth and fame far from the gun-ridden neighborhood where he grew up.

[…]
Ahmed al-Jardali, a leader in the Lebanese branch of the Muslim Brotherhood in Sidon, said he tried to persuade Mr. Shaker to focus his piety on spiritual songs.
“Someone like Fadel could send a message much better than someone holding a rifle, so it was important for us to try to put him in the right place,” Mr. Jardali said. “But then the problems started and it was too late for him to choose a different direction.”

Standing in Mr. Shaker’s bedroom upstairs, where springs jutted from a burned mattress and a black chandelier hung overhead, Mr. Sin, the driver, shook his head.

“Even I have no idea what changed him,” he said. “How did he benefit from all of this?”