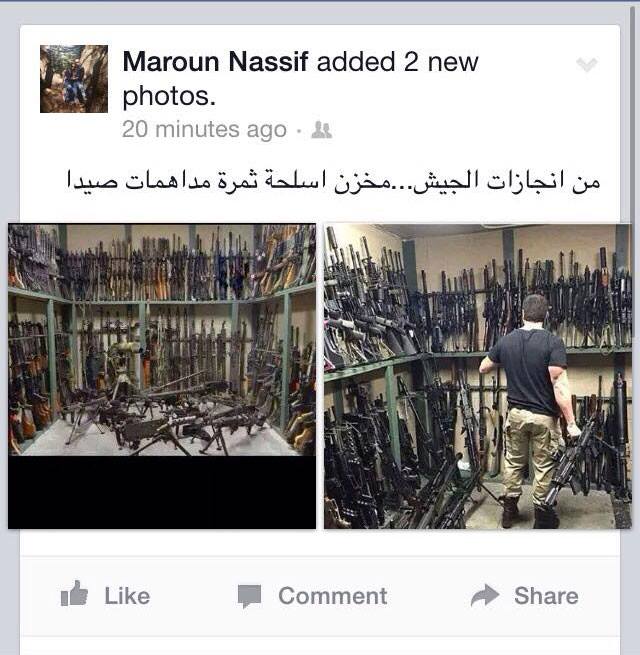 Lebanese media and journalists have become so unprofessional in this country that it’s really hard to believe any of them. The above picture was apparently shared by an LBCI reporter called Maroun Nassif (I couldn’t find the post though) about a weapons cache found in Saida, but someone made the link to one of Dan Bilzerian’s pictures and the Lebanese-Forces website quickly posted it and trashed the journalist. The picture is indeed taken from Battlefield Vegas which is one of the largest shooting ranges in the US.

Assuming that the journalist did upload the photos, since there’s always a possibility in Lebanon that someone photoshopped them in the first place, it’s good to know that he deleted them. In all cases, here’s a post to remind all journalist in Lebanon on how to verify is a picture is authentic or not.

On another note, the sad part from this story is that there are bigger weapon caches than the one above being found while the Lebanese Army is still waiting for the billions in supplies and equipment that they were promised.