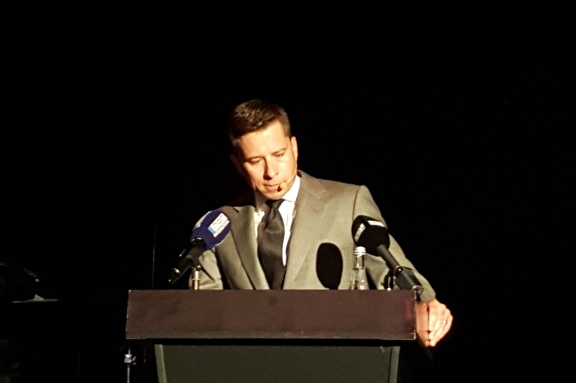 Yesterday was the Queen’s Birthday Celebrations at Music Hall in Beirut but also a farewell party to UK Ambassador Tom Fletcher. I never thought I’d say that about a diplomat or politician specially in Lebanon, but he will be dearly missed. I’ve been interacting with his excellency for 4 years now and even became good friends with him, and I wish to thank him once again for the outstanding job he has done during his term for Lebanon and the Lebanese, and for being a role model to all of us. I’m sure some will tell me that it’s his job after all as an ambassador but I’ve never seen anyone do as much as he did for Lebanon, and more importantly engage with the Lebanese offline and online and get closer to them than most of our politicians ever did.

His farewell speech was extremely touching and witty yesterday and my favorite part was when he hinted the that he would have loved to stay but and I quote “Unlike some of your politicians I can’t extend my term”. I even had that discussion with him on Twitter the same day and we jokingly agreed to start a fight at the event, then keep fighting for months before we extend his term and blame others for it. 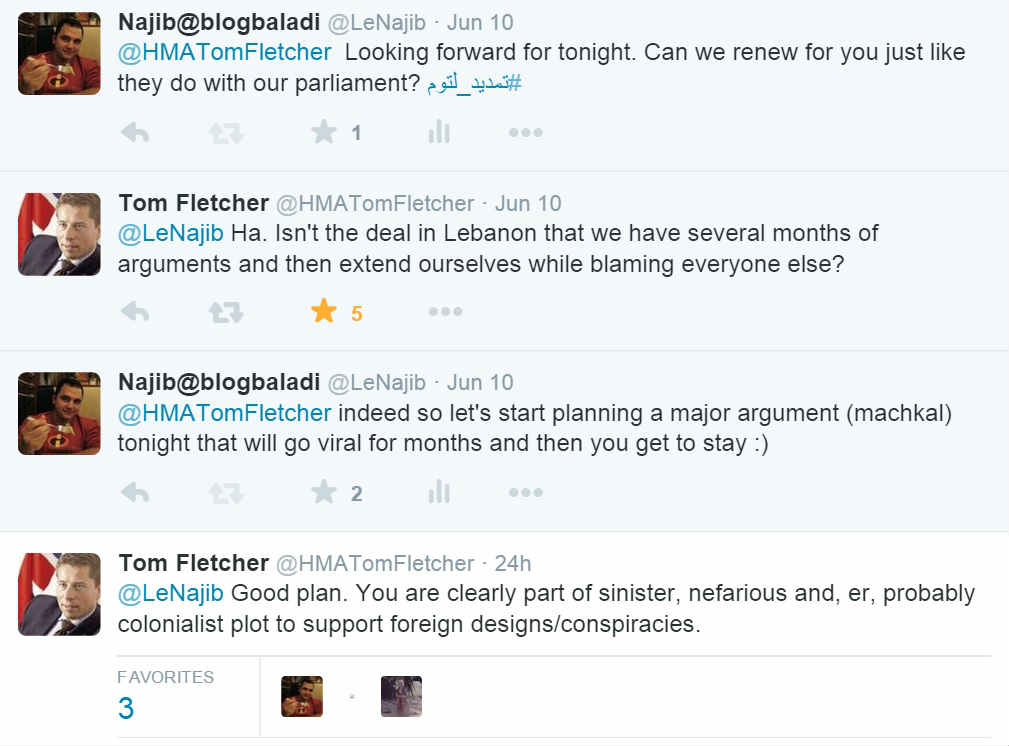 Here are some of the things HMA Tom Fletcher (& The British Embassy) did throughout the past 4 years:
– He took part as a judge in the first Social Media Awards in Beirut.
– They distributed Meghle to celebrate the first royal baby’s birth.
– He took part in every Beirut Marathon.
– UK Embassy donated 50 Million Dollars to public schools and educational projects in Lebanon.
– He took part in a funny online exchange with KarlRemarks.
– He walked out of an event after noticing that domestic workers were asked to sit in a separate area. He sat with them before leaving.
– He worked as a domestic worker to highlight migrant worker rights.
– He donated blood to the Jnah Explosion victims.
– He helped, along with the British authorities, prevent a major attack on the Lebanese border by building a £150,000 watchtower in 17 days.
– He wrote an open letter to Lebanon on Independence day that I advise you all to read.

I’m sure I missed on plenty of other achievements, but the most important for me is how he was able to connect with Lebanon’s youth and get close to them. I sure hope that the next ambassador will be half as good as he was.

Good bye to you Sir and best of luck in your future endeavors!

PS: Many thanks to the British Embassy in Lebanon team for giving bloggers and online influencers the importance they deserve throughout the years. 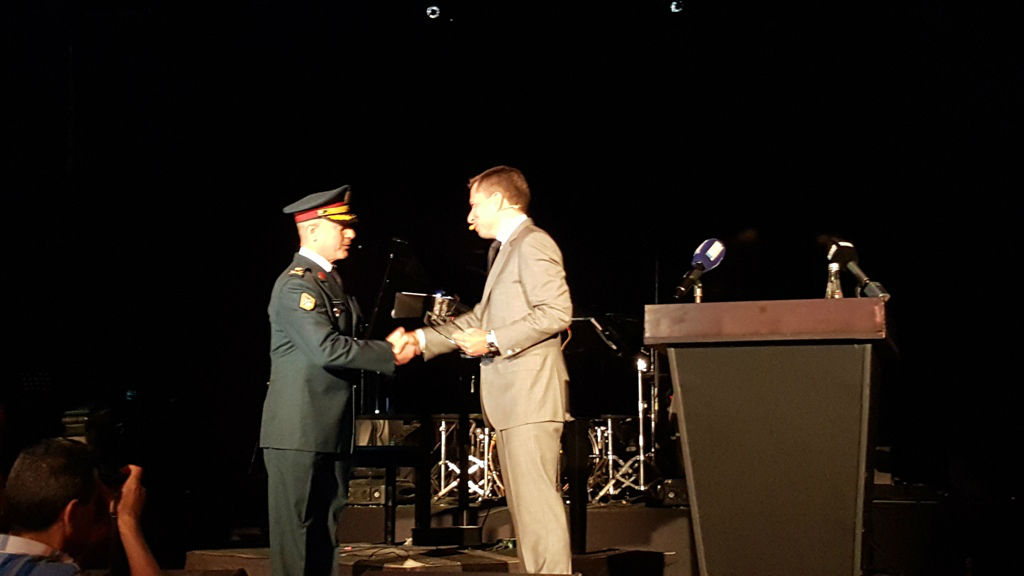