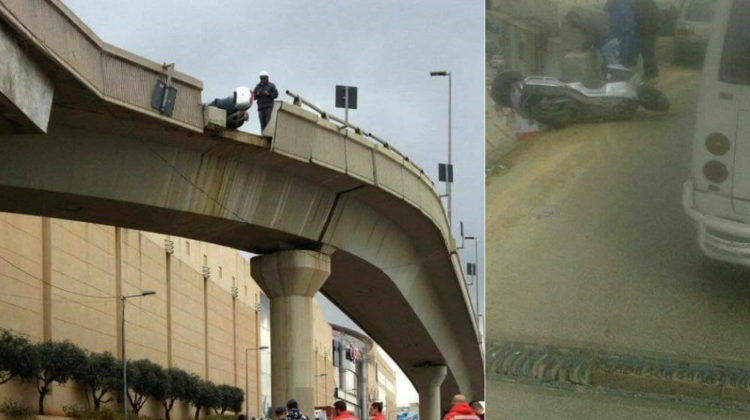 Two days ago, a motorist named Badih el Mir fell into a gap on the City Mall Bridge and died instantly. The 70 year old man used to drive his scooter to skip traffic and used to drive trucks. He was a married man and was expecting a grand child the same day he passed away.

According to Annahar, the gap was fixed the next day by the authorities and no statement was issued by the municipality or the ministry of public works. Ironically enough, the ISF used to set up checkpoints to fine drivers under the bridge and the road conditions are shitty to say the least there.