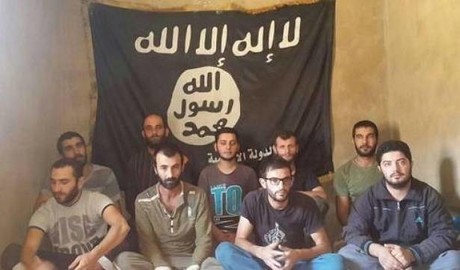 16 Lebanese Army soldiers were released a year ago by Al Nusra front in exchange for 13 prisoners and 5 women, but nine are still ISIS captives and there are still no news regarding their fate. Few weeks back, four dead bodies were found near the Lebanese-Syrian border and there were fears that they might belong to the captive soldiers.

However, the General Security took DNA samples from the corpses and compared them with those taken from the soldiers’ families and the results luckily did not match.

It’s definitely good news that none of these bodies belonged to the kidnapped soldiers but what their families are going through is unbearable and unacceptable. It’s been almost three years that they are in captivity and no one knows anything about them.

The fate of all the disappeared and missing people in Lebanon, starting with these nine soldiers, needs be clarified once and for all. Their families have the right to know.