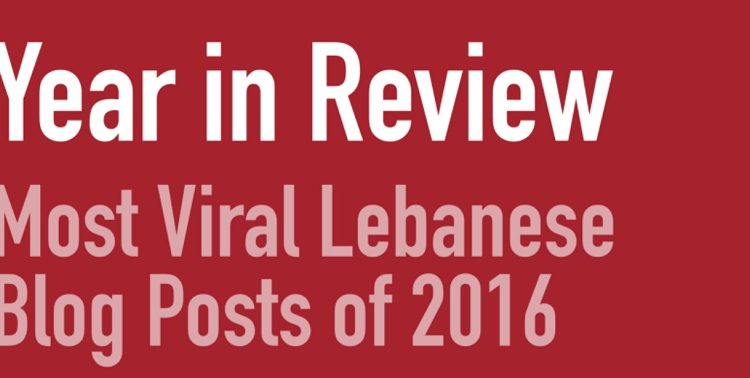 Lebanon’s most popular blog aggregator Lebanese Blogs has published “The 16 Most Viral Lebanese Blog Posts of 2016” based on hard data gathered and analyzed from the thousands of posts that were published and indexed this past year and four Blog Baladi posts made it to the list!

Lebanese MP Says Women to Blame for being Raped

We Finally Have A Kickass Tourism Video In Lebanon

Tripoli Becomes The First Lebanese City To Get a Bike Lane!

What Happened with Bassam Abou Zeid is An Outrage

Elie from A Separate State of Mind got featured as well with 7 blog posts. Nadine Mazloum from NewsRoomNomad, Mawtoura, Habib Battah from Beirut Report and Zahra Hankir also made the list!