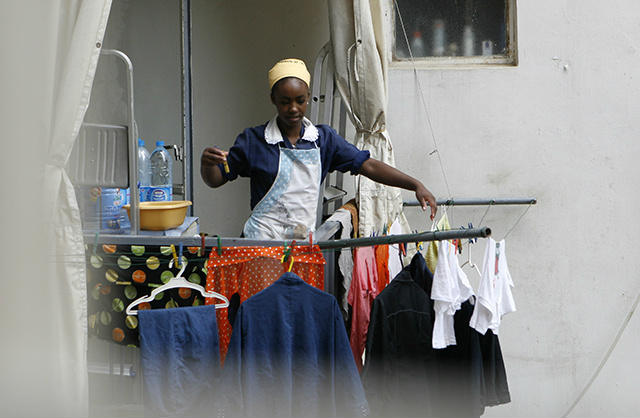 Domestic workers in the Gulf will be entitled to end of service indemnity and overtime pay for extra work. Employers won’t be allowed to confiscate their passports or documents, or forbid them from leaving the house. The new contracts also limits the working day to eight hours. Of course this is not the ideal contract yet, but it’s a major improvement from the previous one and the one we have in Lebanon.

It’s sad how we always brag about being a democratic country that respects human rights, yet we haven’t been able to change this pro-slavery Kafala system.

Gulf labour ministers have agreed on minimum terms to improve the contracts of more than two million domestic staff working in the region, a top official was quoted as saying on Tuesday.
The move comes as labour ministers of the six-nation Gulf Cooperation Council (GCC) are to meet with their Asian counterparts in Kuwait this week to discuss the issue.
The new contract entitles domestic workers to a weekly day off, annual leave and the right to live outside their employer’s house, the director general of Kuwait’s Public Manpower Authority, Jamal Al Dossari, told AFP.