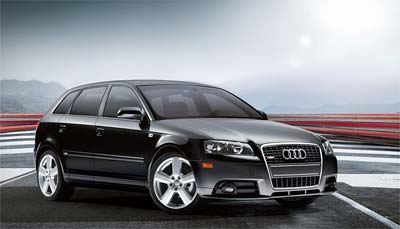 Ever noticed how no one really knows the full legal procedure of what is required to drive a car with foreign license plates in Lebanon? These are typical conversations I hear every couple of days:

I stopped by the Audi dealership in Mar Mikhael a couple of weeks ago to check out the Audi A3 ($45,000). After talking to the salesman for a couple of minutes, he asked me if I travel often. I told him I travel every other week for work. He informed that they had just started a program whereby you can buy a car in Lebanon with Lebanese license plates (with the letter â€œMâ€) without paying the gumruk.

The salesman did not seem very confident about the â€œrulesâ€. Apparently, they started the program last summer and one entire cycle hasnâ€™t been completed to see what problems people might face at the end of the 3rd year. I asked him how much do I have to pay every 6 months and to whom, his answer was â€œma ba3ref, shi 400-500$ la wa7ad mna3rfo bi zabbet mou3emalet.â€ When a salesman tells you â€œma ba3refâ€, would you buy a car from him? 400-500$? It could easily be $1,000

How much easier would it be if there was a government website with all the rules and regulations concerning this subject? It doesnâ€™t need to be something complex, just simple rules that a normal citizen can follow without having to bribe people.