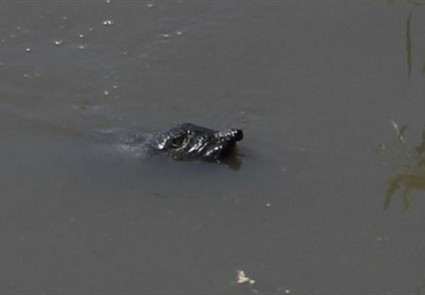 A video was posted by Al Joumhouria today showing a weird species swimming in the Beirut River. According to Nadine from LBCBlogs and after asking Animals Lebanon, the animal is a softshell turtle which is a highly endangered species.

Thanks to Animals Lebanon however, I was told that this softshell turtle was indeed as much native to the country as it is to the Mediterranean. I was also told that this animal was on the highly endangered species list.

“Certainly with fishing and hunting, pollution, and habitat destruction or degradation they are becoming more endangered and certainly rare here. As with many species there is very little being done in Lebanon to study populations, distributions and threats. Hopefully we will get to a point where we can reference work that is being done here. It is actually quite sad in a way that people here aren’t aware of what amazing and interesting species exist,” said Jason Mier, the Executive Director of Animals Lebanon.

With no sort of set rules and regulations to control animal/species welfare in the country, add to that a complete disregard to the status of the environment and the disruption of the eco-system, I think the worst is yet to come given the overall general situation in the country and the fact that we as a population know so little of our own wildlife.

I paid the Beirut River a visit a couple of weeks ago and it’s the most disgusting place you could ever go to.