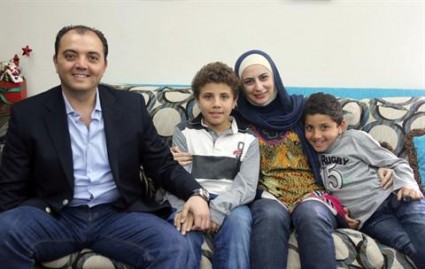 Mohammad Awada is a 12 year old schoolboy who got kidnapped in Beirut last week. Today at 4:30 am, his kidnappers dropped him off under the Wati Bridge between Corniche al-Nahr and Adlieh and got back $100,000 as ransom money (Even though 1 million dollars were requested originally).

Now the interesting part is that the kid’s father thanked the Lebanese Army and police (Normally), but also Speaker Nabih Berri and Prime Minister Najib Mikati for their efforts to release his son. This is where I join my voice to Habib’s and ask: How exactly did they help? by bargaining for a better price? by getting him a discount?

That’s not the first time we hear about kidnap-for-ransom cases, but we should be arresting those criminals, not negotiating ransom prices and wait for the next kidnapping.