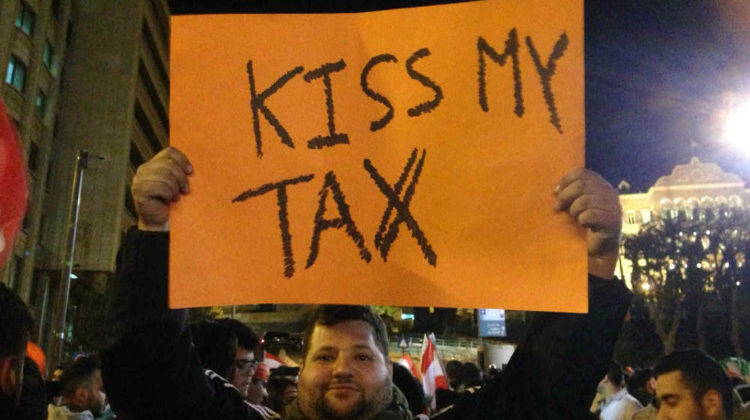 The new taxes were approved and the laws were published Monday as a special appendix to the Official Gazette, which means that they are already in place as we speak. What are these new taxes?

– VAT increase from 10 to 11%: which will have a negative impact on all Lebanese as it will lead to an increase in living expenses and a decrease in the purchase power. Some are suggesting that the 1% increase will eventually lead to a 5 to 7% increase in the prices of goods.

– Tax on imported alcoholic drinks has been increased somewhere between 15% and 35% based on three price ranges.

– Lotto tickets will be charged an extra 20%.

– Increase in the price stamps on phone bills to 2500LL lira.

Add to that modifying the taxes on income and revenues as well as enforcing a 5,000LL fee on Lebanese leaving the country by land and other taxes. The below tables are being shared online, showing how the majority of the new taxes affect all of us.

Personally speaking, I’m still against any tax hikes because the real problem in Lebanon is in the billions of dollars lost due to corruption, which are not being tackled yet. Having said that, a hike in taxes means there’s more money to steal, not more money to fix things. 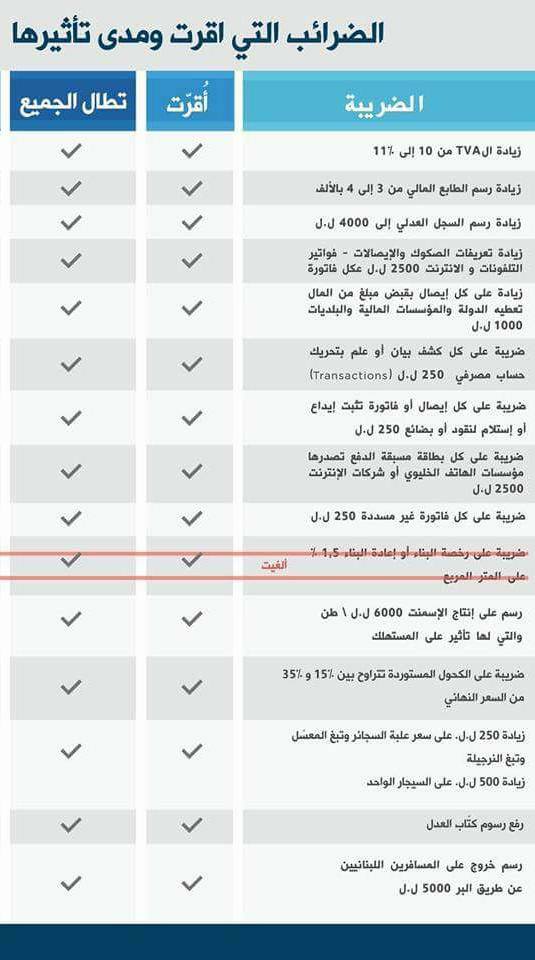 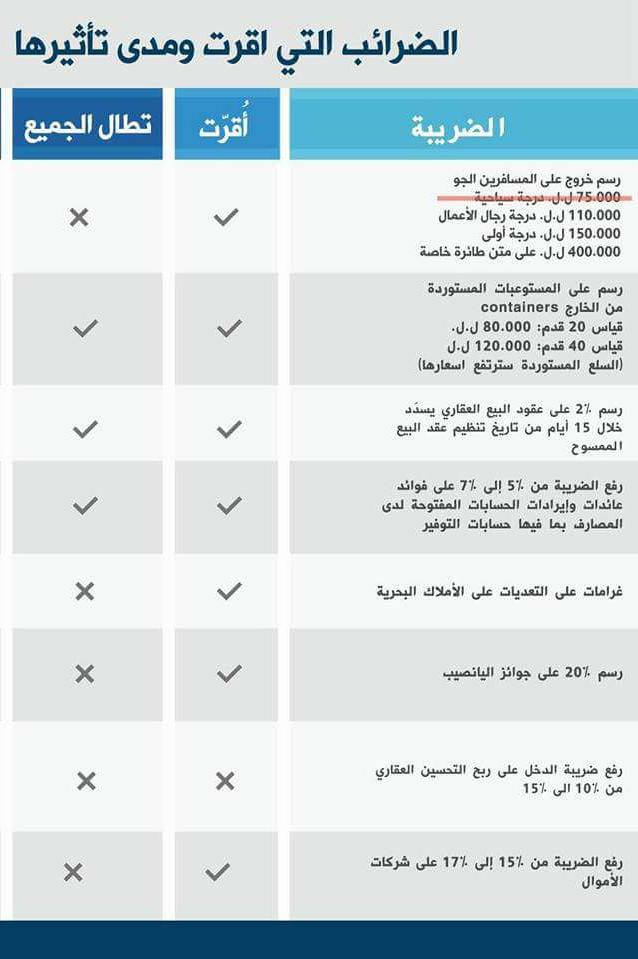