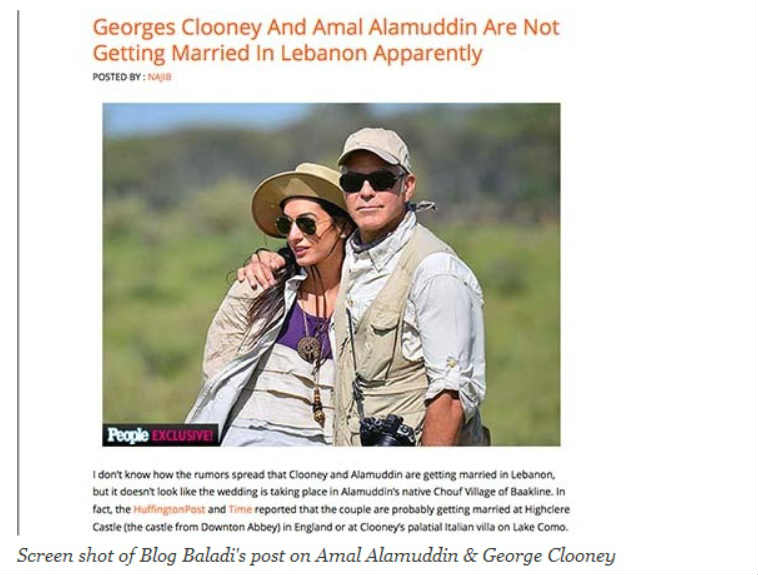 Journalists all over the world, not just in Lebanon, are handling rumors in a much worse fashion than 10 or 20 years ago. Speaking of Lebanon, there isn’t one single source I can follow blindly, and there are more and more competing news portals and websites that just want to get more hits by publishing unreliable information and unfounded news. Most of them depend on rumors and gossip which is quite sad.

Take for example the current Arsal battle between the Lebanese Army and Islamists whereas we’re seeing so many fake pictures and videos of dead Islamists and army soldiers. There’s even a video of a decapitated army soldier that’s been shared that has nothing to do with the current fight and took place in Syria two weeks ago apparently. This led the Lebanese Army to issue an official statement asking everyone to verify their sources and stop sharing misleading information.

Rumors are Poison via @MagdaAbuFadil

This being said, check out this nice article on the HuffingtonPost were Media consultant Dalal Saoud, former Arab affairs editor at CNN and one-time reporter at LBC TV Octavia Nasr and Télé Liban talk show host Shada Omar share their opinions on this matter.

Special thanks to the author Magda Abu-Fadil for mentioning BlogBaladi in the article!