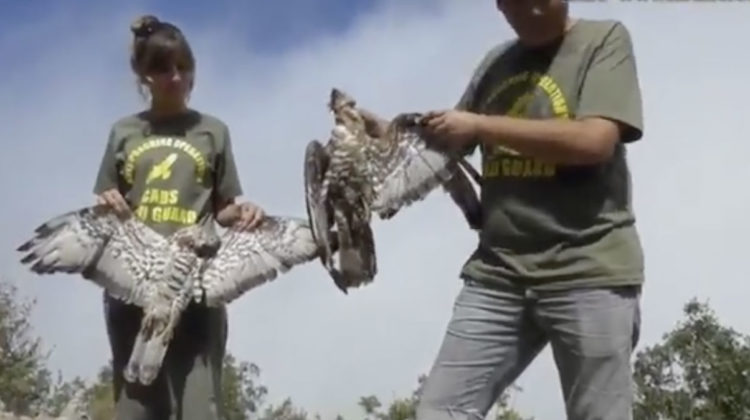 Despite efforts to enforce a new hunting law and force hunters to get new licenses, hunting crimes are still numerous in Lebanon and overhunting is undermining efforts of local NGOs. To make things worse, the Higher Council of Wild Hunting has recently recommended a 2-month extension to the hunting season, a request that has been denied by Lebanon’s Environment Minister but no official statement was released rejecting it.

Instead, the minister “said he was willing to listen to the concerns of environmental organizations and consult with the council in order to take its observations into consideration.”

Moreover, he called on “civil society groups to put forward to the ministry any information that might demonstrate grounds to change the council’s decision”, which is utter nonsense and a waste of time. We shot more birds than any other country in the Middle East (except Cyprus maybe), and the indiscriminate killing of migratory birds is still ongoing in Lebanon and has been thoroughly documented by the Committee Against Bird Slaughter (CABS).

On another note, hunters are cheating their way into getting the new licenses and hunters without licenses “are setting up electronic bird callers and spinning lures to coax the birds down – a technique prohibited under the law”. The decision to extend the hunting season by 60 days is outrageous and should be revoked immediately, and the next government should have a competent environment minister capable of enforcing a strict hunting law.