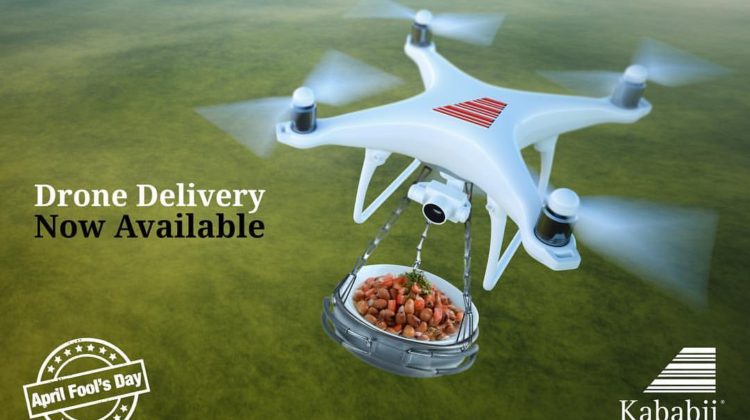 Kababji announced Drone Delivery on March 31 and to be honest, I believed them for a second. There are drones delivering pizzas so why not Foul & Kabab? Imagine you’re up in the mountains craving a Foul & Balila breakfast and a Kababji drone flies them to you.

They should have shot a video instead of just posting a picture. Everyone would have bought it LOL!