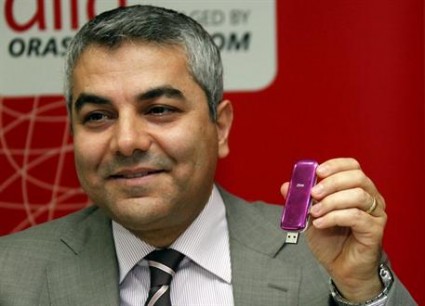 Both MTC & Alfa announced plans for 3G and officially launched it but what we all missed out is that they will be ripping us off for a period of 2-3 weeks.

How is that so?
While 3G is available for all users now, the mobile internet plans have not been upgraded yet. This means that if you have a 10$-50MB GPRS connection, you will be able to use 3G but only have 50MB until the next billing date.

I have the 10$-50MB Edge connection right now on my iPhone, and I’ve consumed a total of 125MB in 6 days time, by simply texting, tweeting, checking emails, whatsapp etc …

I don’t know if it’s the same way for MTC users, but that’s the case for Alfa and I found it better to switch off 3G until my plan gets upgraded. Speaking of which, the plans will not be automatically upgraded, as each user will have to call in, cancel his/her current internet package and ask for the new one.

The only positive side of all that is that we are finally getting 3G, even though I am still worried huge loads will result in disconnections and slowness, like what happened with MTC & Alfa today.