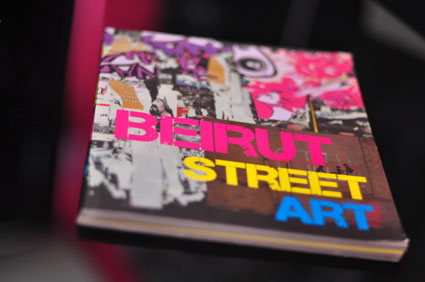 So I’m sitting at home watching TV when I get a phone call from my sister who was at the Virgin store at the Beirut Airport. She asked me if I had a book called Beirut Street Art. I told her no so she said one of my graffiti work was in the book so she bought it and passed it to me. Turns out someone took one of my pictures from my old flickr account and published it in the book along with a ton of other graffiti work. 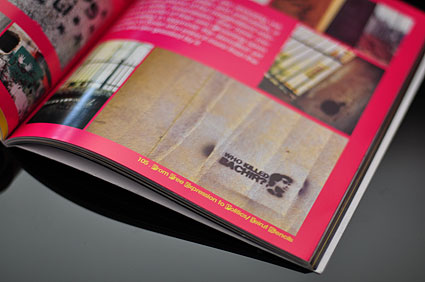 Anyway the book is actually pretty crap especially for $30. The design and layout is unexciting, the paper used is cheap generic semi-gloss stuff and the whole thing is binded so poorly that it’s already falling apart after just flipping through the book twice. On the other hand the actual graffiti that’s featured is really good. Ignore mine since it’s probably the most basic one in the book but the rest are a lot more visually interesting. Most of you have probably seen them near Forum De Beyrouth and around Hamra. If you haven’t, skip on buying the book and just check out some of the most popular works on the blog Leb Graffiti [Here]