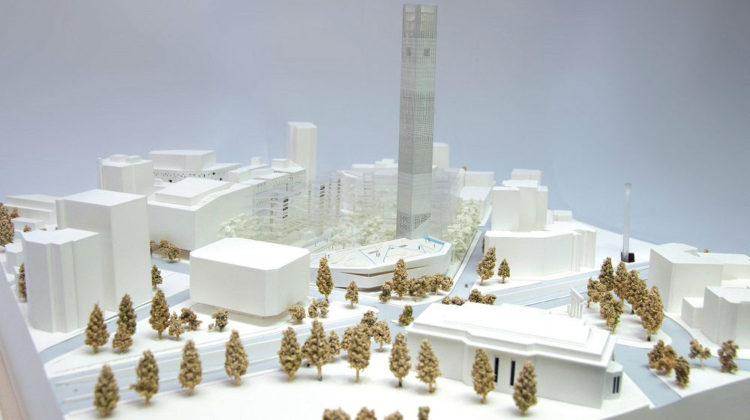 I wrote back in April 2016 that there were talks about opening a new museum of Modern and contemporary Lebanese art in central Beirut by 2020 and that Tony Salamé (Aishti), Zaha Hadid (who unfortunately died recently), Hans Ulrich Obrist and Julia Peyton-Jones of London’s Serpentine Galleries were involved.

Thirteen architects were shortlisted for the project and Hala Warde (HW Architecture) emerged as a winner and will be building the Beirut Museum of Art, which will serve as a symbol of unification and will display modern and contemporary works from Lebanon, the Lebanese diaspora and the wider region.

Here’s a brief on Hala’s design:

HW Architecture’s design is centered around a campanile tower containing space for workshops and performances, as well as artists’ residences that feature panoramic views of downtown Beirut. A public garden and landscaped promenade will accommodate site-specific installations and artworks in a lush, peaceful setting, while an amphitheater will play host to performances and events. As the Museum will be situated on a plot of land owned by Université Saint-Joseph (USJ), the selected design takes special consideration to its connections to the campus and to the larger urban surroundings.

Here are a couple of pictures of Wardé’s design. The jurors described it as a “totemic tower that would act as a beacon, evocative of the historical structures of treasury, lighthouse, outlook tower, belvedere and campanile”. [Source: The Guardian] 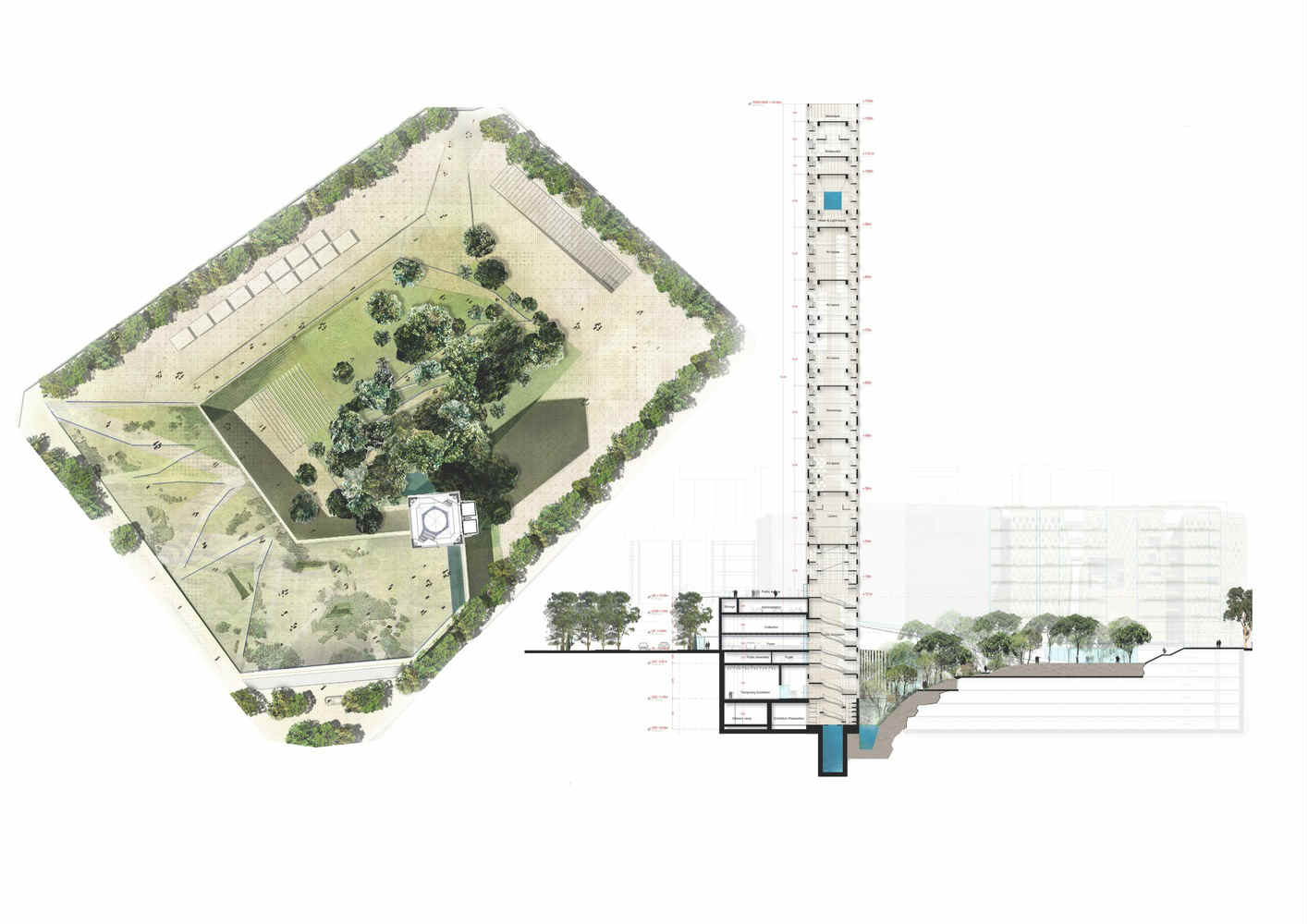 The site of the future museum – Picture by Roger Moukarzel