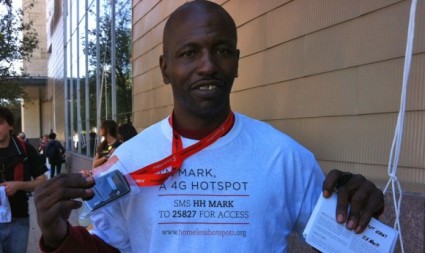 Homeless Hotspots was a charitable innovation initiative by BBH New York in partnership with Front Steps Shelter during the SXSW Interactive festival in March of 2012. It attempted to help modernize the Street Newspaper model employed to support homeless populations for our more digital age. [Link]

I think it’s quite disrespectful to the homeless but they don’t seem to mind it given the situation they are in. Imagine the ministry of telecommunication in Lebanon hooking up 3G signal boosters and hotspots on street children and beggars. That might actually make people like them for a change and stop running away from them.